Nascar Hall of Famer, SCCA legend, D-Day Normandy Beach decorated vet, Bud Moore has moved on at the age of 92. 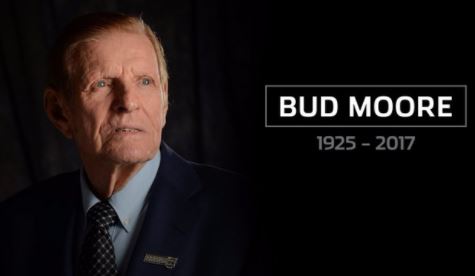 After graduating from high school, Moore joined the military in 1943 at the age of 18 as a machine gunner, assigned to the 90th Infantry Division which landed on Utah Beach in France on D-Day, June 6, 1944.  Moore was decorated with five Purple Hearts and two Bronze Stars

After WW2 he found himself "tinkerin' " with cars, and opened a shop so he could fix used cars to resell. In a June 1994 Super Ford magazine interview, Moore explained, how the ball started him rolling toward racing. "We done a lot of work on what the bootleggers called 'moonshine cars.' All I did was work on them. I don't even know who drove 'em. All I know is we never had one of them stopped."

Moore – who referred to himself as “a country mechanic” – won the 1957 championship as crew chief for Buck Baker in 1957, and won as team owner in 1962 and 63 with back-to-back championships with driver Joe Weatherly, and the 1968 Nascar Grand American Championship with Cougars, and the 1970 SCCA Trans Am Championship.  No other car building team in NASCAR history had ever ventured into the ranks of any other form of professional auto racing to win a major championship.

Moore’s team included such top drivers as NASCAR Hall of Famers Dale Earnhardt and Bobby Allison, and NASCAR Hall of Fame nominees Buddy Baker and Ricky Rudd. Each managed to finish among the top 10 in the championship standings at least once, with Allison the runner-up in 1978.

In 1966, the Moore-built Comet Cyclone had won the Southern 500, with Darel Dieringer driving, despite lack of direct factory support or major sponsorship. 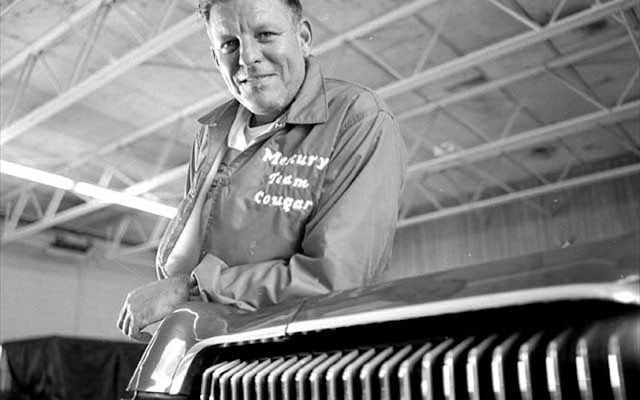 In 1967, Mercury asked Moore to build and race Cougars in the SCCA's new Trans-Am series. With drivers like Parnelli Jones, Dan Gurney, Ed Leslie, and Peter Revson, Mercury would finish second in the championship standings, just two points behind Mustang, due to Ford batteries.
"We lost the championship at the last race in-I think it was Kent, Washington-because of dead batteries. What happened, Ford had made some smaller batteries-not much bigger than a motorcycle battery-to save weight. Now on the pit stops, you had to cut your engine off, then the engine had to fire on itself [after fueling]. Well, George was running second so we brought him in first. And it wouldn't crank. So we had to push him behind the wall to put a battery in it. And the same thing happened to Parnelli. That cost us the race and the Points Championship." 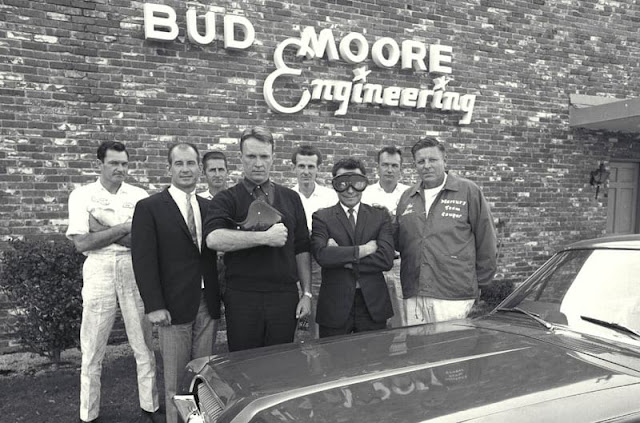 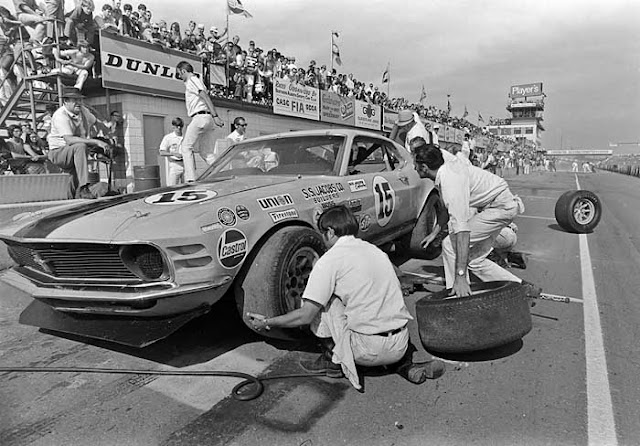 Kar Kraft built the first factory prototypes for the 1969 season. These were built from 428 Cobra Jet fastbacks. After the team reached a final spec, seven more M-code Mustangs were ordered and converted by Moore's team.

With drivers Parnelli Jones and George Follmer, the Boss 302s came up short in 1969 due to problems with Firestone tires, but returned with a vengeance in 1970 to win 6 of the 11 races to take the '70 Trans-Am Championship.
"We had tire problems. Like Parnelli was talking here the other day. He said, "You know, if we'd made Firestone fix those tires we wouldn't have lost that series." What hurt was the fact that Parnelli was a Firestone distributor. We hollered with them and this and that, but they said, "There ain't nothing wrong with the tires." If we'd just put our foot down a little bit harder and had done something to the tires, like Parnelli said, we'd have won three or four more races without any problems.

In the fall of '69, we got on Firestone's butt real hard and told them to fix the tires or we were going to run Goodyears. So they decided they better fix 'em and we won the championship hands-down in 1970."

Ford withdrew support from all forms of racing at the end of 1970, but Moore continued as an independent during the '71 Trans-Am season. With drivers Follmer and Peter Gregg, along with sponsorship help from contractor S.S. Jacobs, Moore's Mustangs managed to win three races and finish second to the factory-backed American Motors' Javelins.

There was a report that they were weighing Parnelli's '70 car and it came in under weight after the race. They had to weigh a minimum of 2,700 pounds empty. When the race was over, you pulled in and they weighed the cars. Parnelli rolled across the scales and was a little on the light side. Bud Moore noticed the car was missing its air cleaner, and ran back to the pits to get it. With the air cleaner on, the car made the weight. 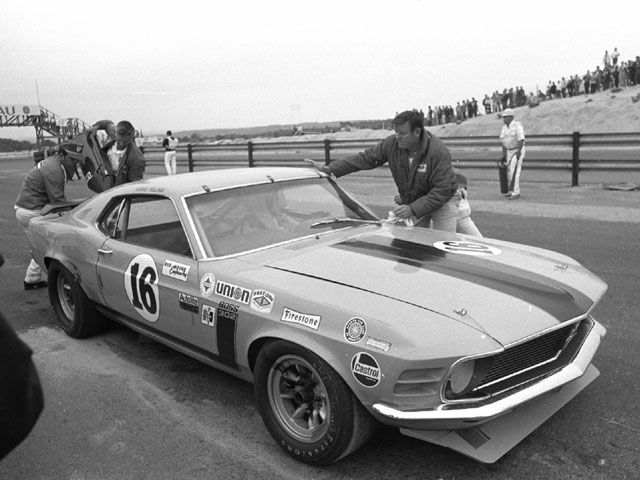 Moore recounted his response to his daughter-in-law’s question about how he wanted to be remembered:
“The answer is simple: One who made many contributions to building the sport, one whose handshake was as good as any contract, who always gave a straight answer and would never sugar-coat it, either,” Moore said. “Most of all, to be remembered as a man who loves his family, his country and the sport of racing.”
In lieu of flowers, memorials can be made to:
Victory Junction,
4500 Adam’s Way,
Randleman, NC 27317;