rough and wrecked Superbird went on Craigslist hoping to find a rich idiot. They asked 45k for this pile o crap 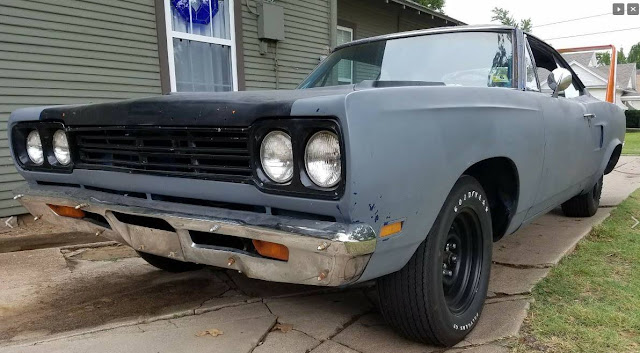 The car was wrecked in the front-end in the early ‘80s and underwent a complete color change to a heavy metallic custom B-5 blue. The original color is a Vitamin C orange with a black vinyl top. The car was drag raced in the ‘80s. The front clip (fenders & nose cone) were removed due to the wreck it was in. The original U-code 440-4bbl was destroyed long ago. The front radiator cross support was removed, along with the fender tag that was lost.

“The VIN reads as RM23UOA178679. I’ve done research on the VIN and it shows up in the NASCAR Superbird registry. The VIN can be found on the original A833 4-speed transmission. The trunk VIN number is hard to read.

HUH! Coincidence that the radiator VIN and trunk VIN, and fender tag are missing, and the only real Super bird parts are the wing and vin tag... easy enough to get from another car.... am I just skeptical about piles of crap claiming to be gold mines? 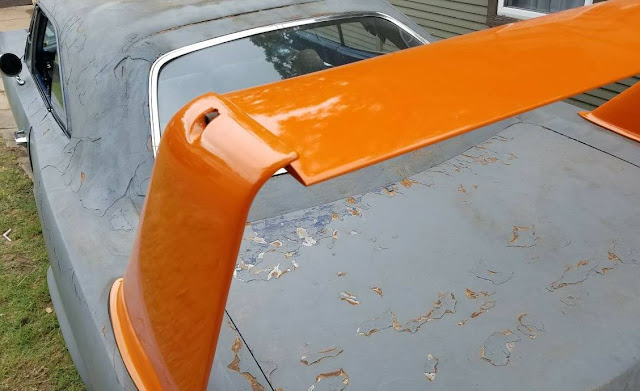 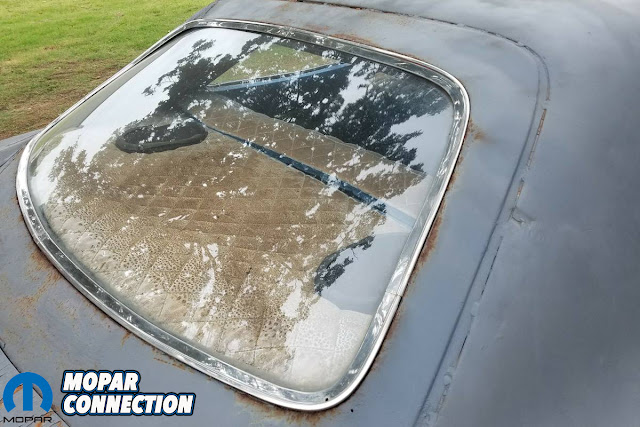