It all started in this little shop located in Cedar Lake, Indiana 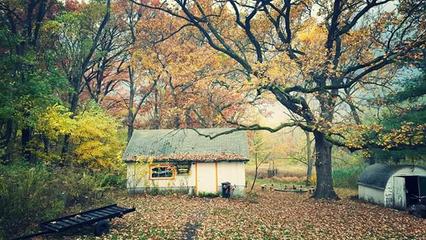 Some northwest Indiana veterans and their supporters are looking to help other local combat veterans suffering from PTSD, traumatic brain injury and depression build a new life one motorcycle at a time.

Jason Zaideman said he founded Operation Combat Bikesaver last year after he completed his own motorcycle rebuild. Zaideman served in the Army and was an engineer at Fort Riley, Kansas. When he returned home, Zaideman said he was going stir crazy before starting to work on his motorcycle. By the time he had finished the rebuild, he learned the experience had broader ramifications.

Operation Combat Bikesaver Inc. was organized to connect veterans suffering from the mental effects that can be caused by their service with tarnished motorcycles that need to be rebuilt.

Every Sunday candidates and volunteers are introduced to building, fabricating, welding and painting in order to resurrect something that was once damaged and forgotten into something new and truly unique. Once the bike is completed, the bike is theirs to keep.

Only working Sundays, in a little over 20 days working together with Combat Veterans, 1st responders, and with countless volunteers they built the first project bike with a donated bike and a lot of donated parts.

But, they sure could use your help making this program work for their candidates. Funding for a larger facility, updated tools, parts and materials for projects so they can work more than just one day a week.

Your donation will directly affect the ability to help our fellow brothers and sisters participating in this program have the best experience possible.

We have lost way too many to PTSD / TBI and Depression.  Operation Combat Bikesaver has lost someone to the after affects of defending their country and community, so they are trying to help our Heroes return to feeling normal again.

Your help would mean the world to us, our Veterans and our First Responders. On behalf of all of us here at Operation Combat Bikesaver, we thank you for your time and consideration.

I can't embed Facebook vids, and they haven't made a youtube channel... but here's the link to Mike Rowe and Facebook's new show! Yup, facebook is now into making a show, and they chose Mike Rowe's "Returning The Favor" to make a positive change https://www.facebook.com/ReturningTheFavor/videos/1942086476062613/

Mike Rowe now travels the country in search of remarkable people making a difference in their communities and celebrates their good deeds.

Returning the Favor gives back to those who pay it forward - and it does it all with humor, heart and an amazing surprise. It could be a storefront for a formerly homeless teen who gives soap to the homeless, brand new tools for a mechanic who works with traumatized military veterans or an expanded salon for a cancer survivor who provides free makeovers for those fighting off the disease. Because one good turn deserves another. 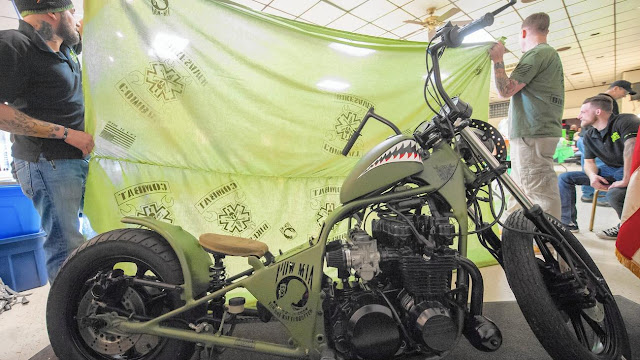