Richard Petty can do whatever the hell he wants to on the track... and went for a 2nd lap in his 1967 Southern 500 winning Belvedere while leading the race as the honorary pace car 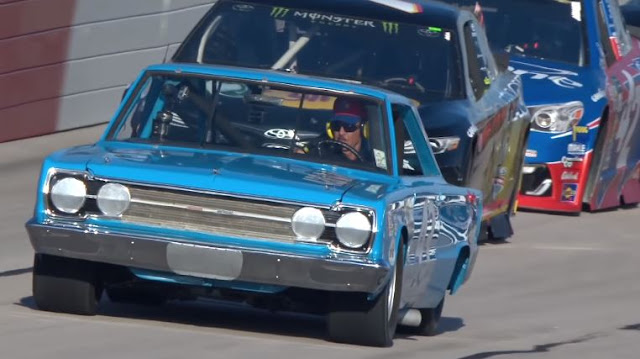 Sunday, Petty was driving the Plymouth Belvedere he won the 1967 Southern 500 in, and that served as an honorary pace car.

Normally honorary pace cars are supposed to head to the pits one lap prior to the field getting the green flag. However, Petty is the King, so instead of returning to the pits, Petty stayed out.

The field had to take an extra lap as the flag man waved the black flag at the 80-year old, who was grinning ear to ear.