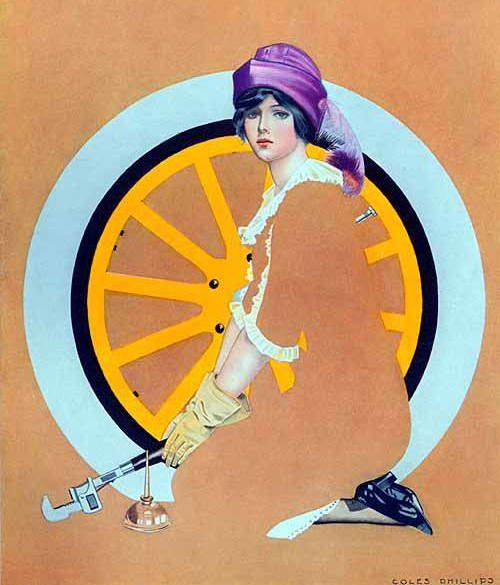 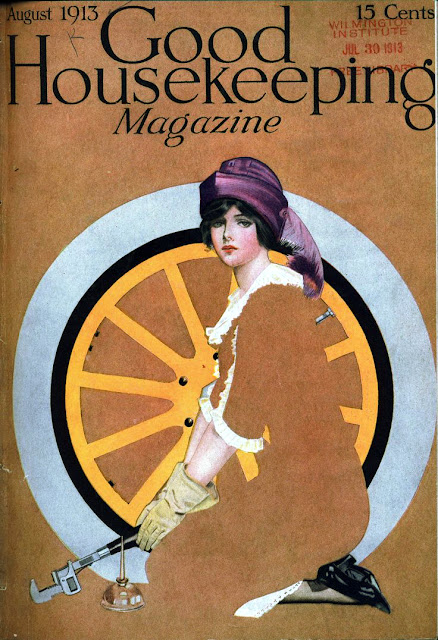 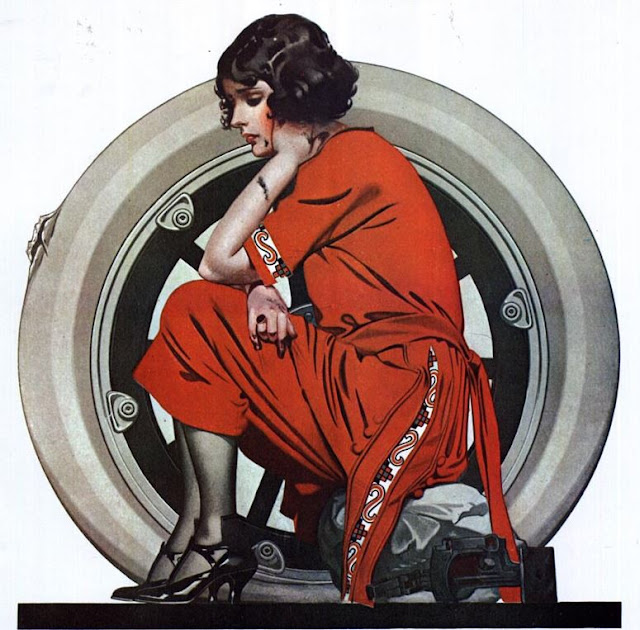 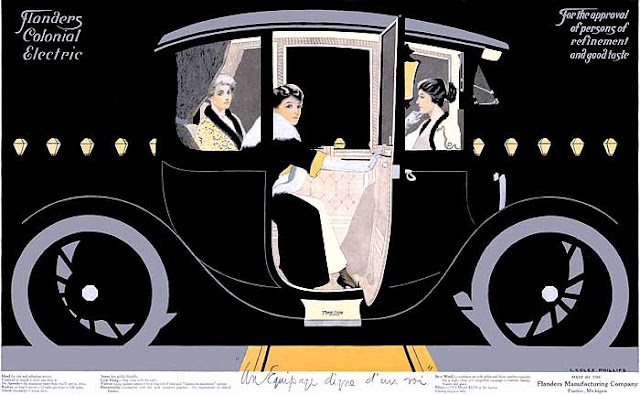 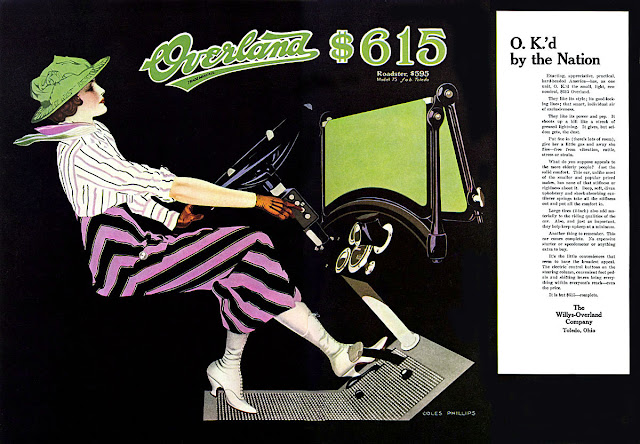 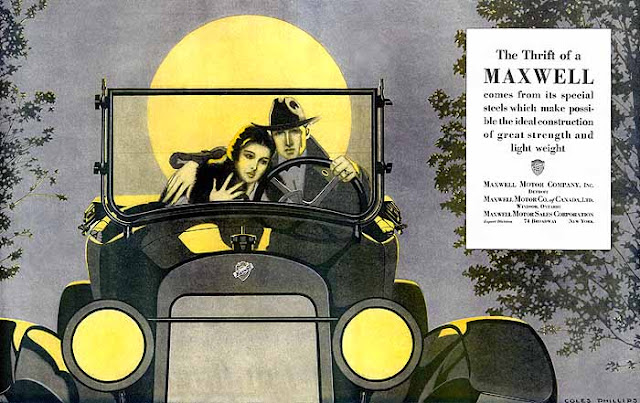 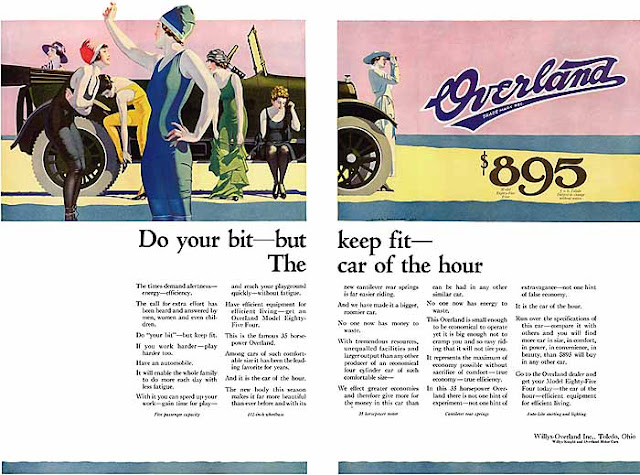 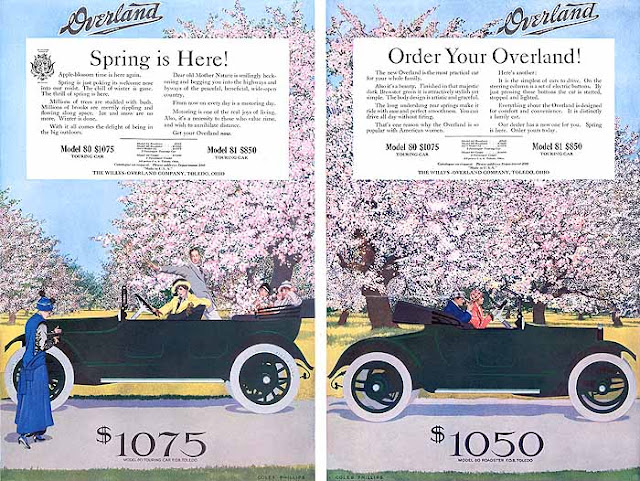 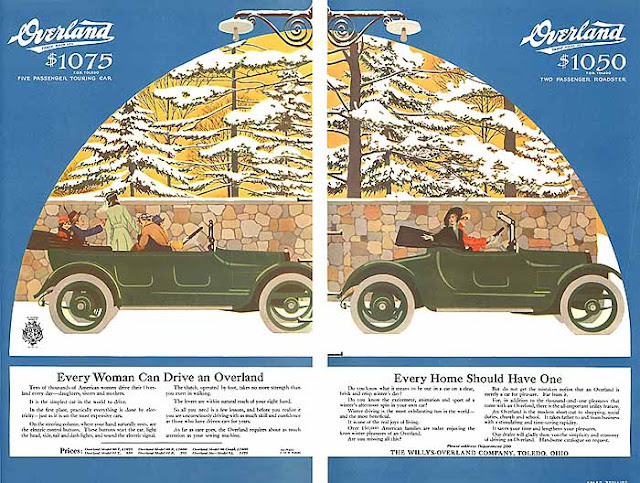 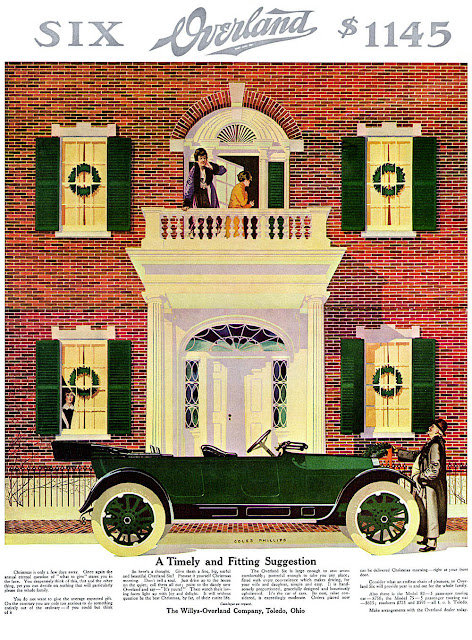 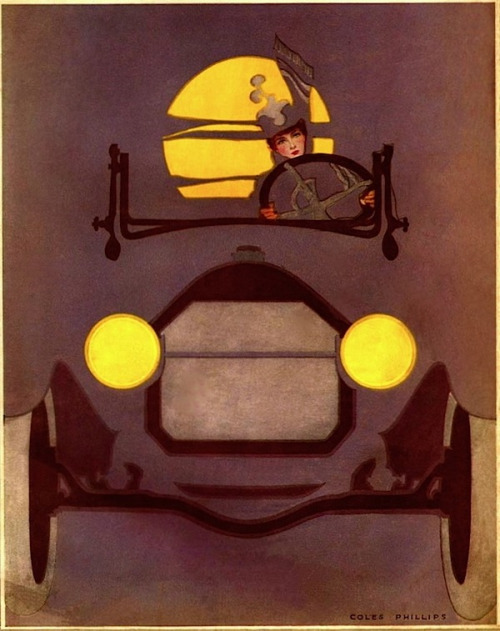 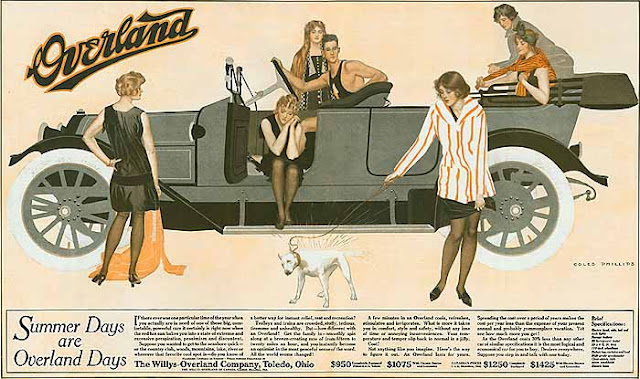 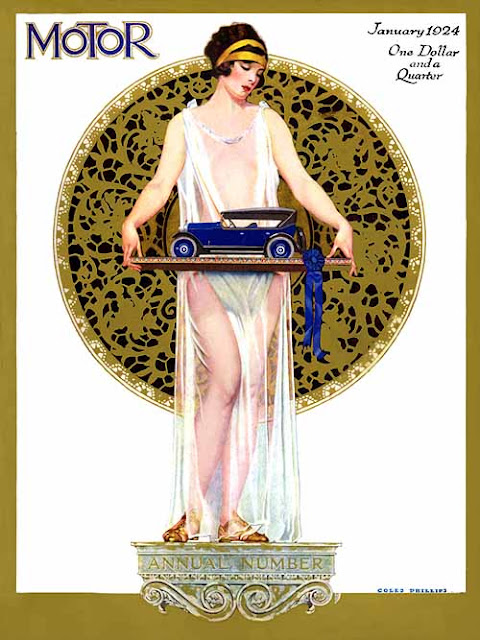 Cole Phillips made a promise to himself when graduating college that he would make a $100,000 before the age of 35, and he did it.

Phillips had a black-and-white illustration published in Life magazine in 1907. Pleased with the results, the publisher soon had him producing full-color front covers to spur newsstand sales. So successful was his clean and eye-catching style that he produced more than 50 Life covers over a span of four years.

The "fade-away" girl was Phillips' trademark illustrative technique which launched him into the national spotlight. It featured portions of the main subject (the model's dress, or the car she occupied) that precisely matched-and so disappeared into-the background color of the image. His fame also grew, in part, due to his insistence that his name appear in his illustration, not a common practice at the time. His Life covers were a major hit with readers; other publications and advertisers took note. 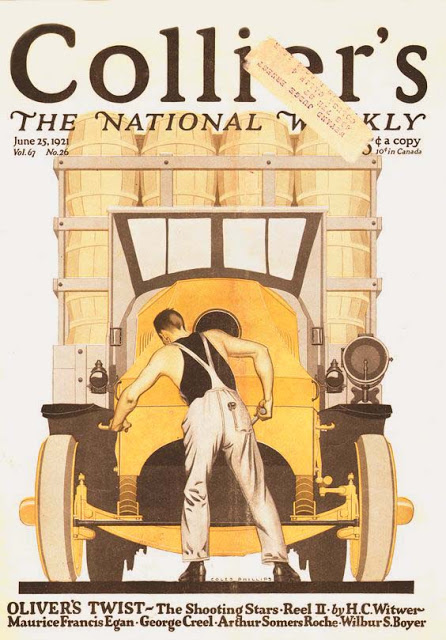 Publishing powerhouse Good Housekeeping next tapped Phillips to create cover illustrations for an astonishing five-year run. Between GH's monthly deadlines, Phillips produced hundreds of images for other magazine publishers and advertisers, ranging from watches, pens, silverware, fabrics and hosiery to Atwater Kent radios and Vitralite paints. His automotive clients included Motor magazine; suppliers, such as Electric Auto-Lite Corp. and manufacturers Maxwell and Flanders. Willys-Overland was a major account for Phillips; many striking advertisements can be found in period magazines. C. Coles Phillips died in 1927 at the age of 47.