In the small town of Winters, California there is a parking meter. It is the only parking meter in the entire town and it is surrounded by 100 free spaces. 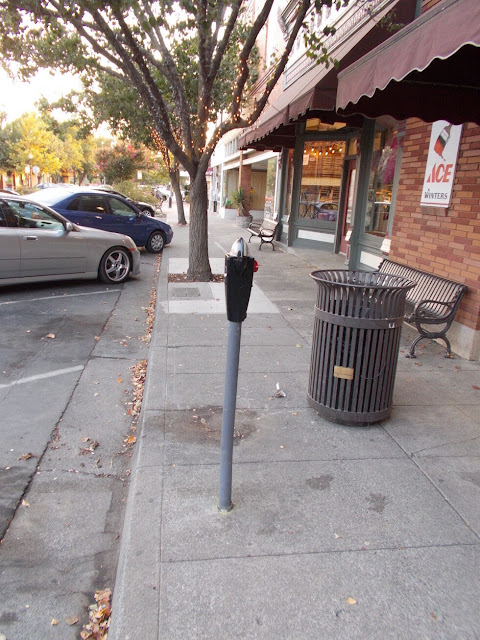 In the early morning of April 1, 2015, someone decided to install an old—yet still functioning—parking meter in the downtown area as an April Fool’s prank.. This was the first parking meter to ever appear in this town of 7,000 people. A Sacramento television station dispatched a film crew to record this

The locals quickly figured out they could ignore the meter and were soon going about their business as usual. The police department had been instructed to ignore the meter. They have never written a ticket. It is rumored that the police don’t even have an ordinance addressing parking meters.

Surprisingly, this rogue parking meter generates about $100 a year, with the funds going towards fireworks.