40 years after San Diego created a light rail trolley for tourists and commuters to get around a bit of San Diego, there still isn't a single foot of rail to the airport, the beaches, or that famous zoo. How damn stupid is that? 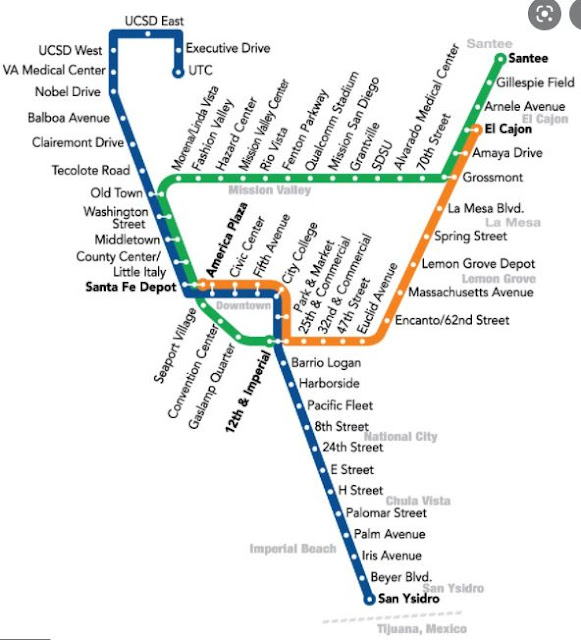 Instead of planning for the smartest way to accomplish the goal of a city commuter trolley train, like the many that have gone before in history, San Diego leaders were stupid, and did it on the cheap, opting to purchase an existing rail right-of-way, rather than charting the opportune path for the light-rail system – through all the neighborhoods where people actually lived, to all the places people actually worked, and connecting to all the destinations where people actually wanted to go, the Zoo, the central Park, the airport, and the beaches.

The idea of a trolley spur to the airport died because light-rail tracks can’t cross the freight tracks to reach Harbor Drive, forcing the project to include a bridge or tunnel that increases costs, because the Coast Guard used to ferry an airplane across Harbor Drive that would have been tough with overhead power lines from a light-rail line.

The last addition to the existing lines was put into action about 8 years ago, and I think they finally finished it this year. That's an example of how long it takes to make any progress.... sort of. Did the new line go to the beaches, the reason this city of San Diego exists? No. Tourists still have to use taxis, Uber, or rent a car. Did the new line go to a residential area where train riders (not car owners) live? Nope. It went to the newly renovated University Towne Center mall just had a 2 billion dollar upgrade. Why might that be? Well, it already runs to the mall in the valley. Perhaps shoppers are more important to transport than all the low income employees in this city with a population of 3 million.

I specify low income, as that would seem to be the majority of the people using the trolley.... the rest drive their own vehicles - and save between 30 minutes to an hour getting from point a to point b. 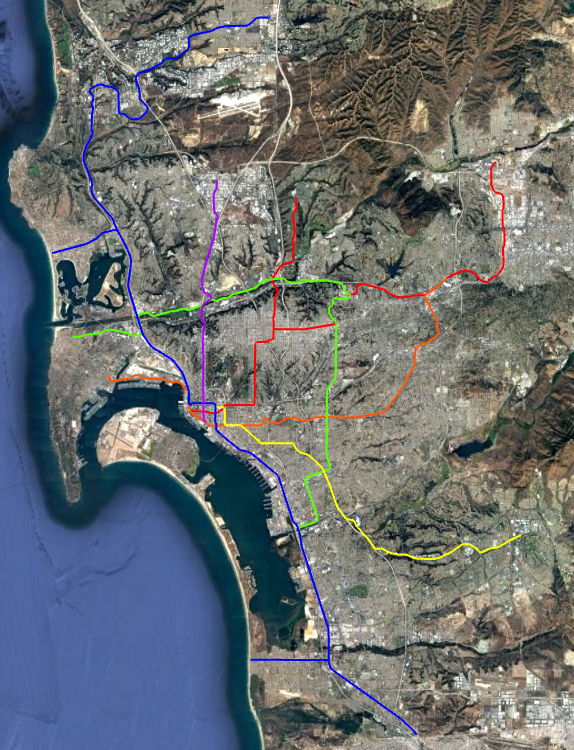 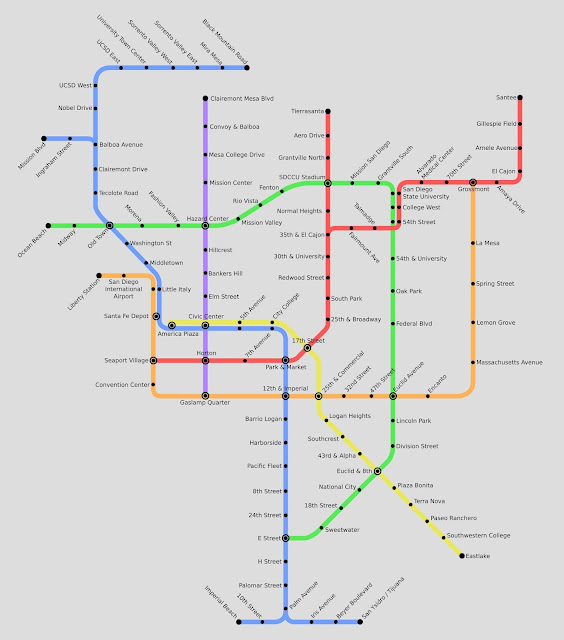 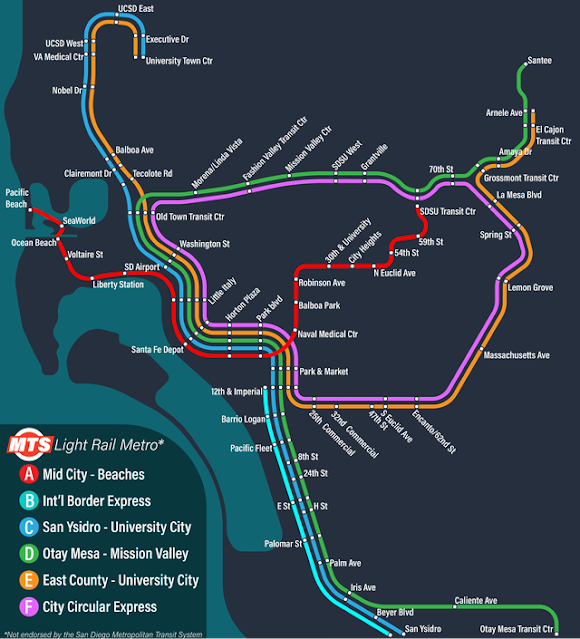