the first serialized hardtop Mustang ever made is going to get auctioned and is expected to sell for a half million, give or take 100k 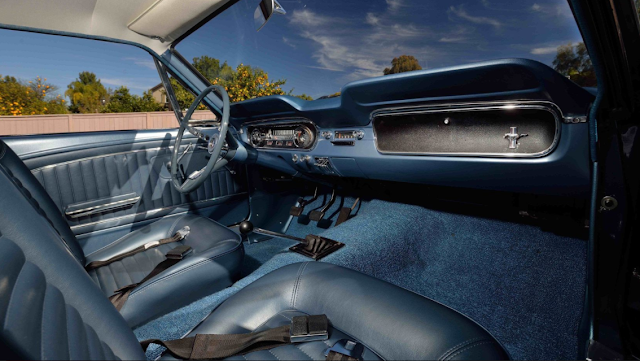 it was sent to the Yukon, and sat around a dealership for about a year, so very different than the other first Mustang, the convertible, which was bought 3 days before the official unveiling in Newfoundland.

As Bob Fria, author of Mustang Genesis: The Creation of the Pony Car and owner of 100002, noted, it was no coincidence that both cars wound up in the far extremes of Canada. Ford wanted to have Mustangs in every Ford showroom on April 17, 1964, the day Mustang sales were scheduled to begin, so logistically the company would have to send its first salable examples to its farthest-flung outposts.

While 100001 eventually made its way back to Dearborn for The Henry Ford to pamper and care for it, 100002 bounced around among more than a dozen owners across the Canadian and American West for the next 30-plus years, until Fria bought it in 1997 and treated it to a two-year restoration.