Things I did not know, but just learned category, Max Balchowsky had served in WW2 as a B-24 belly turret gunner (thanks Kim! )

Max Balchowsky was born and raised in Fairmont, West Virginia.

His early training in mechanical engineering came when he worked in watch repair and bicycle shops at a young age.

He served in World War II as a B-24 belly turret gunner in the European campaign and following injuries incurred while bailing out, served in the Burma campaign.

I've learned a little about Max, due to the fantastic innovations in constructing the Ol Yaller race cars... but nothing I'd read until now mentioned his time in WW2, so I looked at the first thing that popped up on Google, and it also mentioned the above, watch repair and bike shops. Huh!

During World War II Balchowsky was a belly gunner in the turret of a B-24 Liberator. On a mission over Europe his bomber was .hit so hard by fighters and flack the crew had to abandon her. Making it as far back as France Balchowsky, wounded, was forced with the rest of the crew to bail out, France being friendly territory, thus avoiding possible capture by the enemy. Following a short recuperation period and regardless of his number of missions in Europe he was sent to the China-Burma-India theater, more specifically Burma. It was in the CBI where he finally finished out the war mainly participating in low-level bombing runs just like the Flying Tigers and the Fujiyama Foo-Foo only from an Army Air Force B-24 on Japanese ships not far from Haiphong Harbor and Hanoi in the Gulf of Tonkin right off the coast of Vietnam. 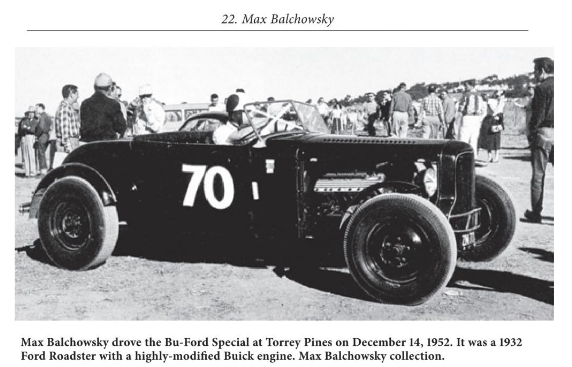