it appears that the F1 Halo safety device saved Lewis Hamilton's life, when Verstappen’s right rear tire appears to hit Hamilton’s helmet, when he ran overHamilton's car because two cars can't occupy the same place in a tight chicane turn, at the same time, unless one is on top of the other 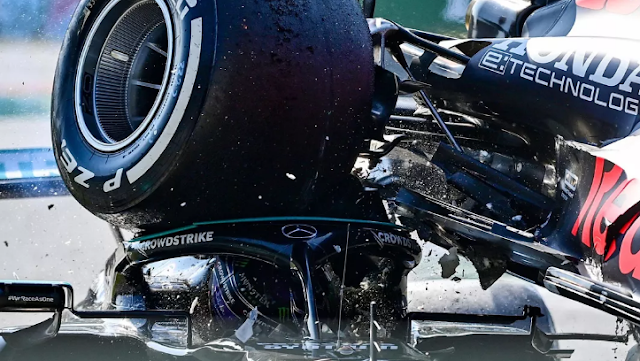 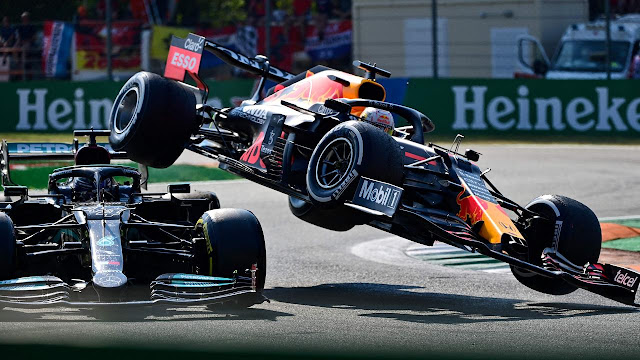 time to send a caterer to deliver steak diners to the makers of that Halo roll bar.

The Italian Grand Prix boiled over on lap 26, when Max Verstappen and Lewis Hamilton collided at Monza's first chicane, the Variante del Rettifilio.

The crash came just four races after this season's title favourites came to blows at Silverstone in the British Grand Prix.

On that occasion, Red Bull's talisman Verstappen was hit from behind and sent into a 52g impact. His seven-time World Champion adversary at Mercedes received a 10-second penalty for his role in the incident, but recovered to take victory.

At the weekend, the FIA's race officials came down against Verstappen. The Dutchman was handed a three-place grid penalty for the forthcoming Russian Grand Prix.

The right-left sequence has been the scene of numerous incidents, in a range of categories, over the years.

While many, including double World Champion Fernando Alonso, felt the latest, high-profile, crash betwen Formula 1's biggest names was just a racing incident, it was perhaps unsurprising that partisan supporters of each camp were quick to point fingers and apportion blame.

That Verstappen and Hamilton had found themselves disputing the same piece of tarmac had arisen following a pair of tardy pitstops.

A faulty sensor had required the mechanic working on Verstappen's front-right tyre to double-check that the wheel was fully secured before the RB16B could be released. The delay resulted in an 11-second pitstop.

Hamilton, too, had a slow tire change, and emerged from the pitlane in a net third, with Verstappen bearing down rapidly on his outside.

Looking to use his superior momentum to slingshot around Hamilton, Verstappen braved running Pirelli-to-Pirelli with the Briton.

A relatively minor kiss of tires had spectacular consequences, as Verstappen was launched up and on top of the Mercedes F1 W12. 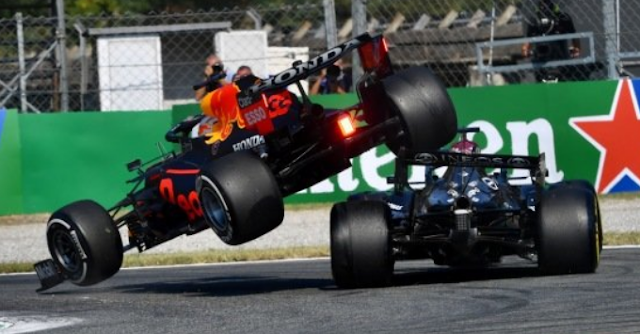 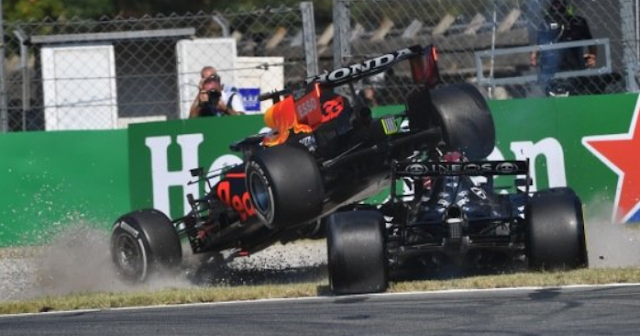 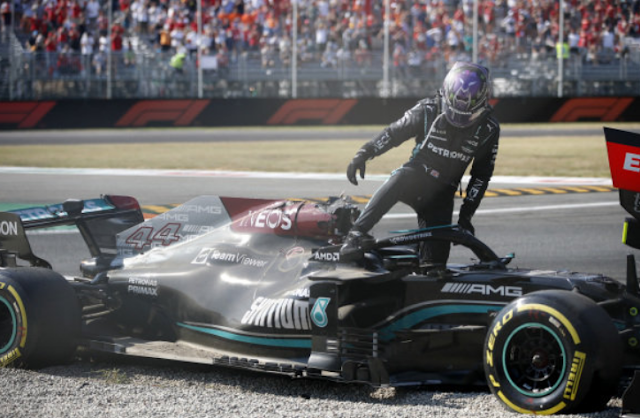 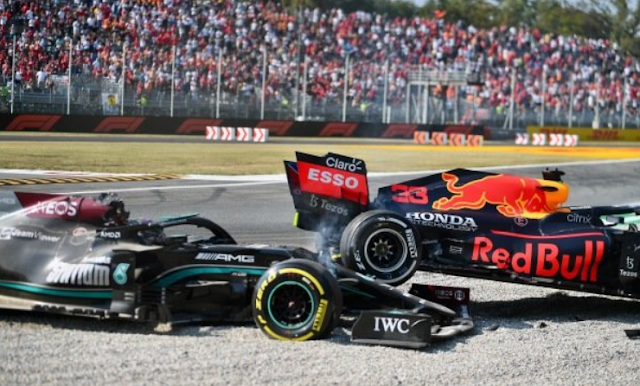 Hamilton could be grateful that his titanium halo performed as designed, and withstood the carelessly placed 750kg-plus load of Verstappen's car.

Damage to the Mercedes' airbox was severe, but Hamilton survived, having only taken a minor knock to his helmet.