1966 Shelby GT350, SFM 6S089 was converted to R spec, and later caught the attention of Stirling Moss in 1992, who bought it for vintage racing, starting with the Targa Tasmania 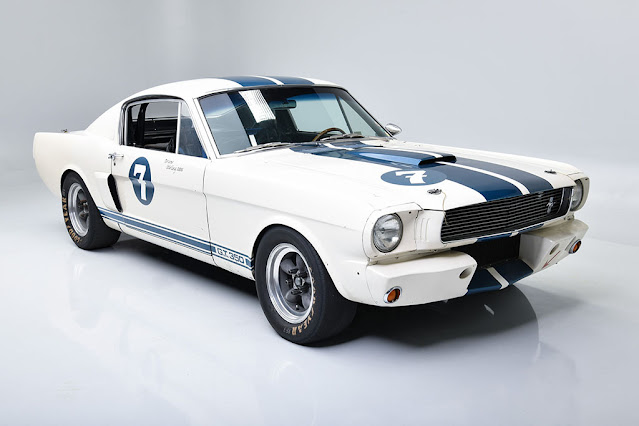 Moss purchased SFM6S089 in 1992 and first raced it at the Targa Tasmania with his wife Susie as co-driver, where they won their class, the Classic Division B7 for Touring and GT cars over 4000cc. He raced the Shelby in vintage competitions all across Europe, including at Silverstone in 1995 and 1996. In later interviews, he noted he was particularly fond of the car’s handling. Moss owned and raced the car until 1999. 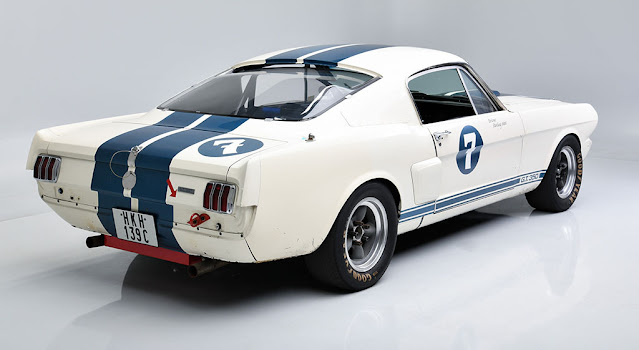 It was at the 2007 Keels & Wheels Concours d’Elegance in Seabrook, Texas, that Stirling Moss, Carroll Shelby and their wives were guests of honor, and Shelby himself drove the car up on stage. Shelby announced that the car would hereafter be known as “The Moss car,” and Sir Stirling Moss made it official by signing his name inside the trunk.

Well, for the right price, Shelby would appear at any car auction and help boost the highest bid with some personal touch, story, etc. Most every celeb attending an auction to help raise the price is there to make some extra money, why not?