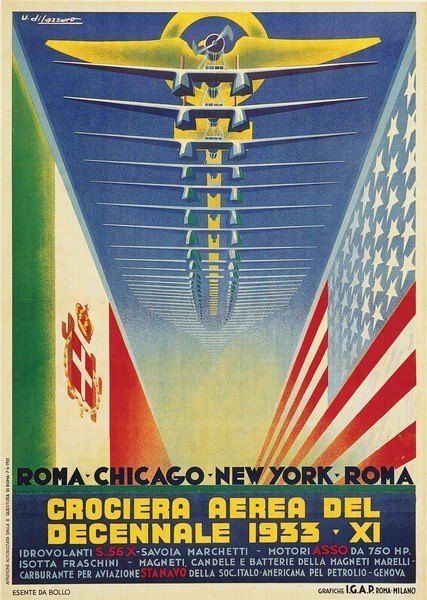 During Benito Mussolini's 10th year in power he commissioned 24 planes to travel to Chicago for the 1933 'Century of Progress' World's Fair. The squadron, led by General Italo Balbo (1896-1940) flew in a skillful formation accross Europe to the U.S and then back to Rome. The planes descended on Chicago in a dramatic swoop and received an enthusiastic welcome from the public causing a media sensation. This landmark event was a highly successful public relations exercise for Italy's facist government and this poster was used to convey the "increasing friendship between the people of Italy and the people of the United States"(Balbo in The New York Times, 16 July 1934). 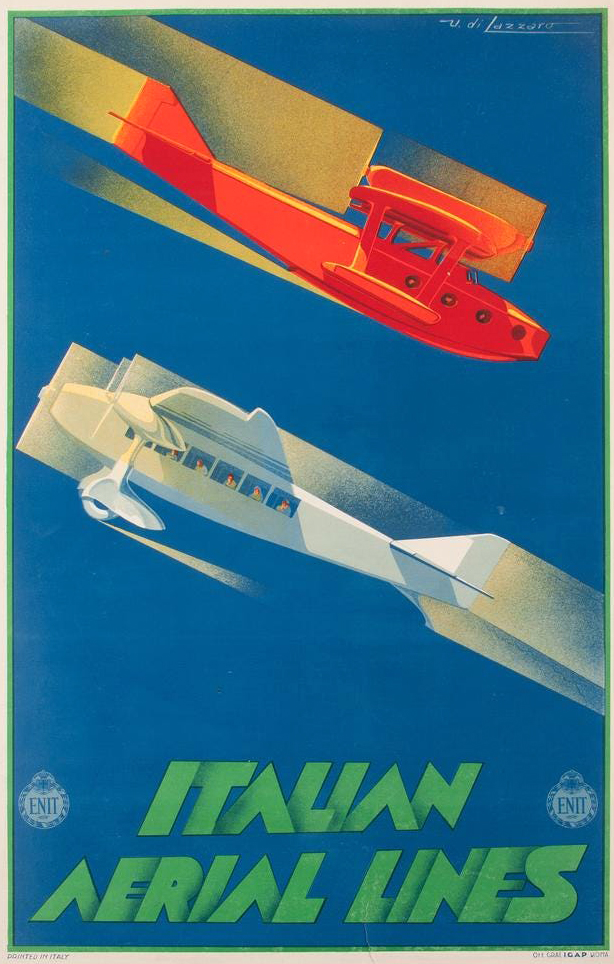 Umberto Di Lazzaro, active for just over a decade at the turn of the twenties and thirties of the twentieth century, with a known production that does not reach fifteen posters. And despite this, it's a fact that there is no publication or exhibition dealing with aeropainting that does not mention him.
https://sites.google.com/site/heritageitaly/hot-news-1/umbertodilazzaro1898-1968cartellonistadegliaerei
https://www.liveauctioneers.com/item/84480383_umberto-di-lazzaro-italian-1898-1968-italian-aerial 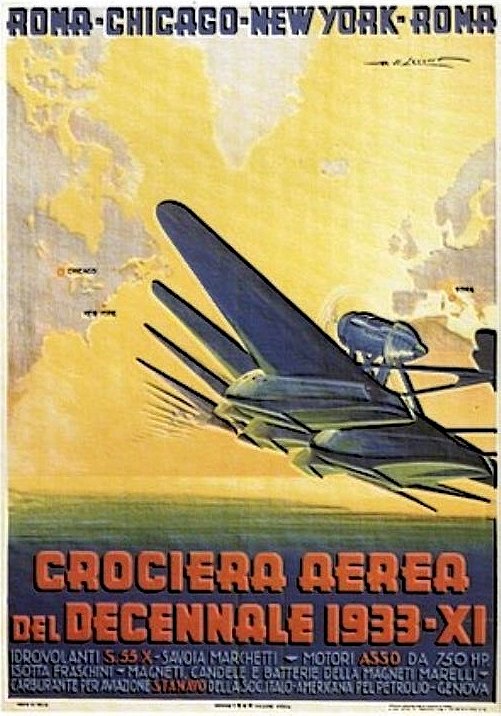 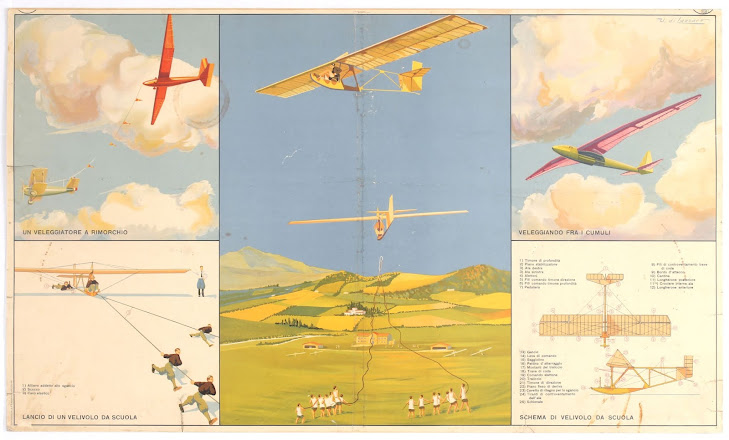 this is an enormous image, so, click on it for full size to really get the detail