I finally got some details on my paternal grand dad, he was a navigator on a C47 toward the end of WW2, dropping paratroopers into France and 2 weeks after D Day his C47 was shot down near Sainte-Mère-Église, France.

he'd been in the CCCs, then enlisted in the Army in 1937, was a radio mechanic, but went officer and became a navigator.. 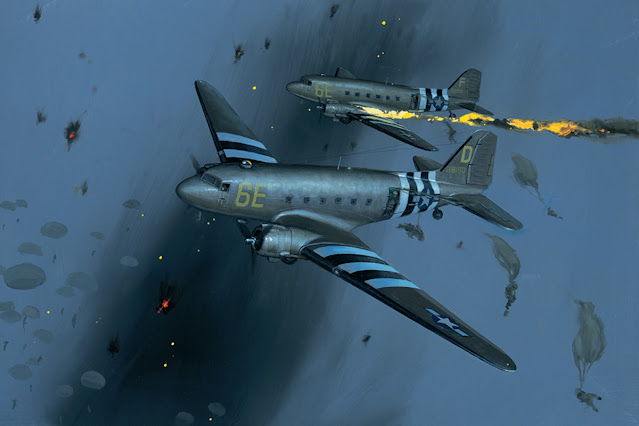 When his plane was shot down, he was injured pretty bad, and had a glass eye the rest of his life. When he got out of the hospital, he taught navigation and math to the new guys who we're going to be doing that job in the Army.

image from https://www.historynet.com/aviation-history-interview-with-world-war-ii-c-47-pilot-russell-chandler.htm where you can read a C 47 pilot tell how he was flying the 82nd airborne into France

His plane crashed near Saint Mere Eglise after D Day, and that means he was likely in the 313th Troop Carrier Group carrying troops of the 82nd Airborne Division, as he was on a C-47.

The 313th moved to North Africa, in Apr-May 1943, and was assigned to Twelfth AF.
They trained for the invasion of Sicily and entered combat on the night of 9 Jul 1943 by dropping paratroops near Gela. Although attacked by ground and naval forces while carrying reinforcements to Sicily on the night of 11 Jul, the group completed the mission and received a DUC for the performance.
Transported supplies and evacuated wounded in the Mediterranean area until late in Aug when the group moved to Sicily for the invasion of Italy. Dropped paratroops of 82d Airborne Division south of Salerno on the night of 13 Sep 1943 and flew a reinforcement mission the following night.
Resumed transport activities in the theater until Feb 1944, and then joined Ninth AF in England. Prepared for the invasion of France and on D-Day 1944, released paratroops near Picauville; dropped reinforcements over the same area on 7 Jun.  http://www.americanairmuseum.com/unit/261
Picauville is next to Sainte-Mère-Église 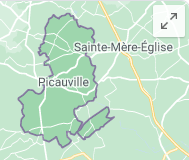