a compressed air powered, 1-off 880cc 43 degree V-Twin, by Peter Forsberg ... he had to ride it into the 2019 Church of Choppers: Norrtälje Custom Bike Show. He didn't get to push it, or have it dropped off by a delivery crew... he rode it. 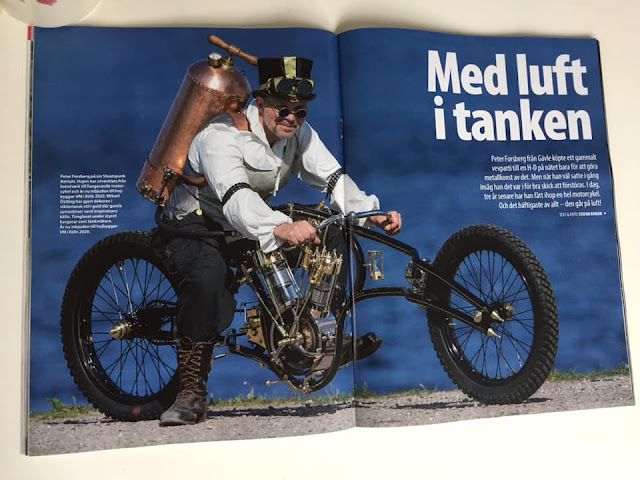 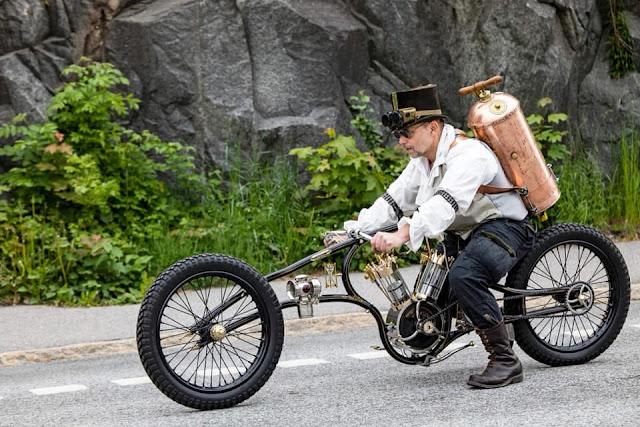 Peter Forsberg won the Custom class with a compressed air driven motorbike, and though it did not come among the three who received a World Cup ticket, it received a "Wild-Card" by the World Cup organizer Neil Blaber.

What's the "Wild-card"? It's a merit based invitation to the chopper show in Cologne

Peter's creation took 3 years to create, and is perhaps more of a work of art than a motorcycle as the technology only allows a trip of 3 minutes - but it is a fantastic example of creativity and design!

Twin Club MC celebrated its 50th anniversary by staging the 45th annual Custom Bike Show at Norrtälje, Sweden, featuring 200 bikes entered in six classes. This was the fifteenth year of affiliation for the longest established AMD World Championship of Custom Bike Building affiliate event, and over 7,000 visitors and 4,000 bikes from around Europe braved the rain and came to enjoy a weekend that is internationally renowned for the quality of bikes seen there.

Lest you think this was some hippie commune artist poser, well... I say Nay nay Moosebreath. Do take a look at his supercharged motorbike from 2010, "Blown Thunder" which took first place in the custom class, and the "People's Choice" award. They don't toss those awards away, ya gotta earn 'em 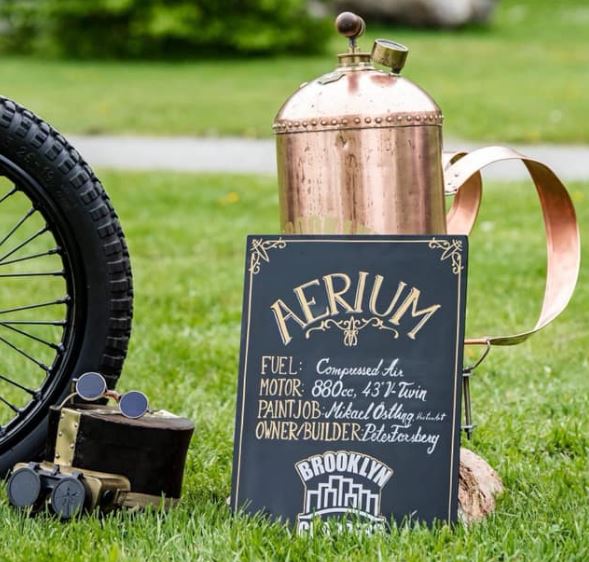