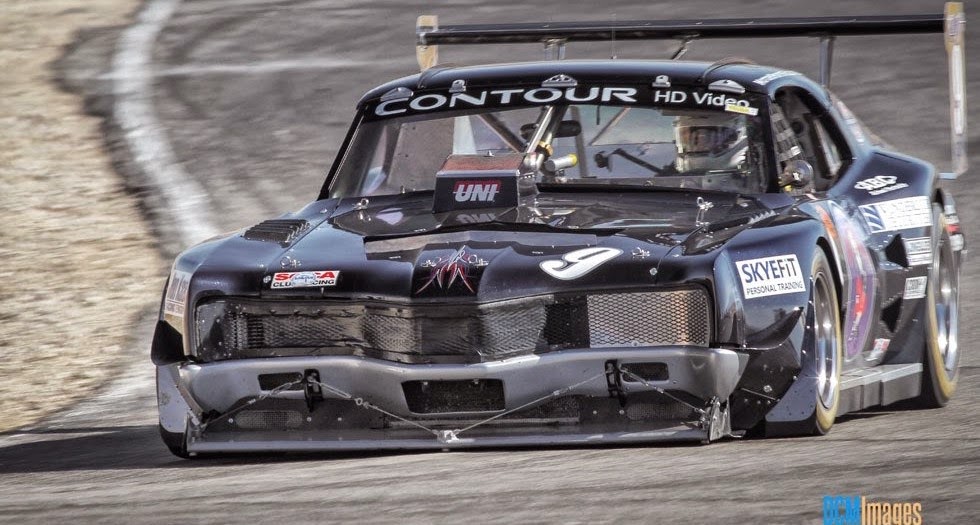 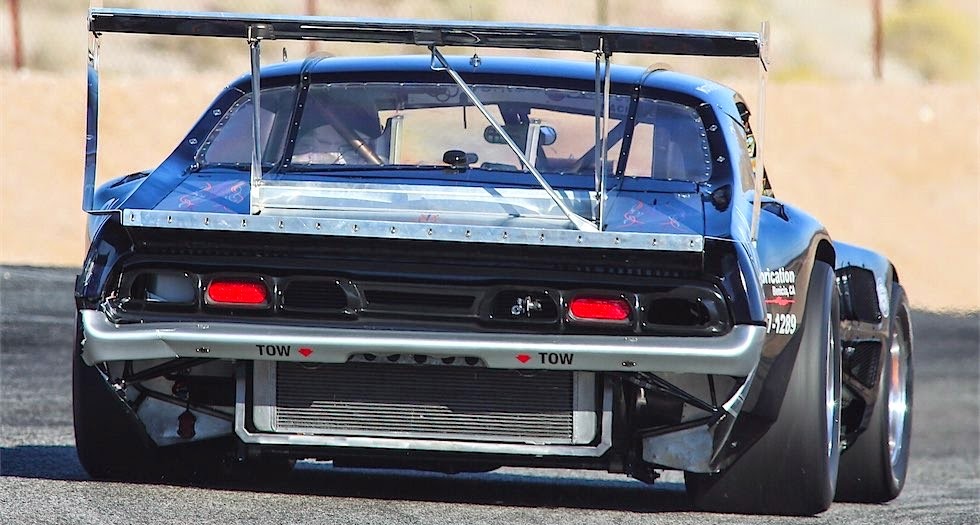 Matt Robison is the owner and driver of the car and has been road racing since the late 1990s.

For preferred aerodynamics the bodywork was changed to Mercury when the 70/71 Mercury Montego/Cyclone body became available — the same body style that gained record braking success in the Grand National series for the Wood Brothers with Donnie Allison, A.J. Foyt and David Pearson driving.

The large Mercury Cyclone body has not been shrunken, sectioned, or otherwise reduced to make it more slippery through the air. Jon Kaase handled that problem by a mega-horsepower 555 cu in Ford big block.

http://www.vararacing.com/  says this years Bog Bore Challenge is the weekend after SEMA, same weekend as the Optima Challenge, Nov 7-8th
at Wednesday, April 08, 2015