The Shelby King Cobra was at the LaJolla concours 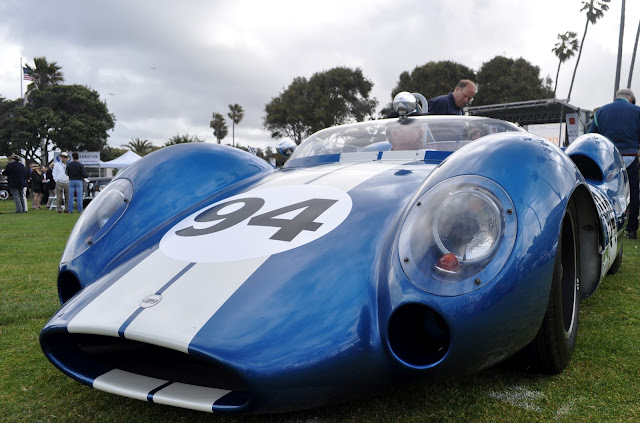 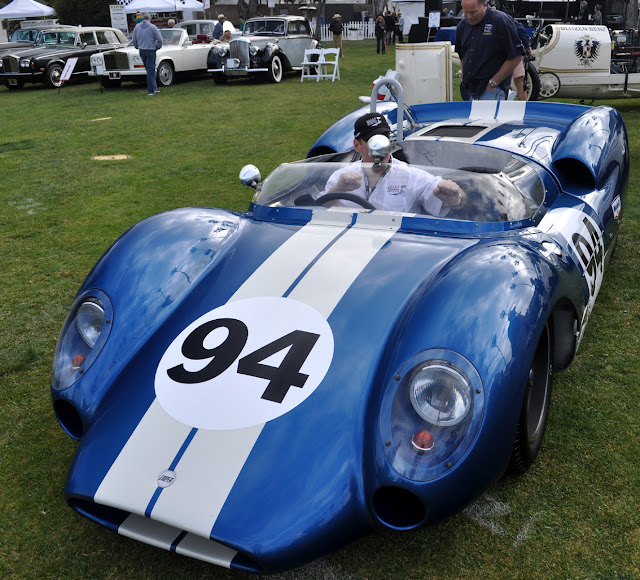 As for why this Cooper badges car is called the Shelby King Cobra: http://justacarguy.blogspot.com/2011/10/shelby-king-cobra-1964-usrrc-and-usac.html 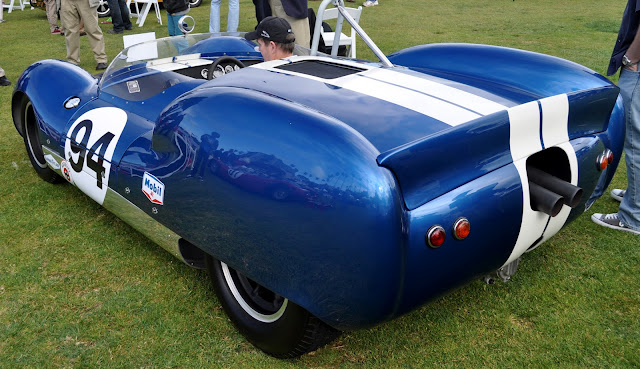 they just could not get the turn signals or brake lights sorted out, and thought that if it was running it might work. Nope. They didn't give up though, and it must be worth quiet a few point on the judging to have the stuff work... so why are so many concours cars not showing up tot he show with them ready and working? A 1970s Porsche had a surprise when the judge told the owner (of 20 some years) to turn the fog lights on, and he had absolutely NO IDEA how. Zero clue on a car he's owned for 20 some years. He even hit the windshield washer fluid pump by mistake and had to clean that up off the roof and windshield.
at Saturday, April 28, 2012