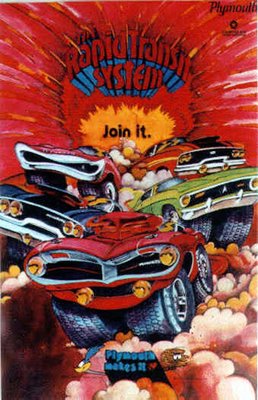 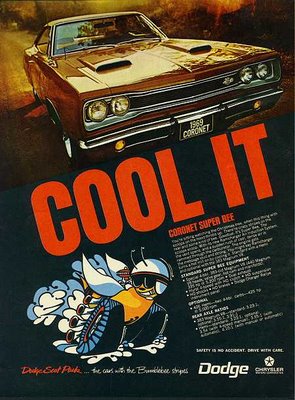 If all the trivia from just one car maker were put together it would fill a book. So I won't get close. But I am going to fill you in on some that I think is cool, without trying to saturate you on any one make or model. I've done a lot on the Mustang just due to what was on the top of my head as interesting and maybe totally new to you.

Here are two examples of one manufacturer having seperate ad campaigns for virtually the same cars, but of different divisions, at the same time. The Rapid Transit campaign was for the high performance Plymouth stuff, and the Scat Pack was Dodge. Both had a couple of years of full sell on many fronts. 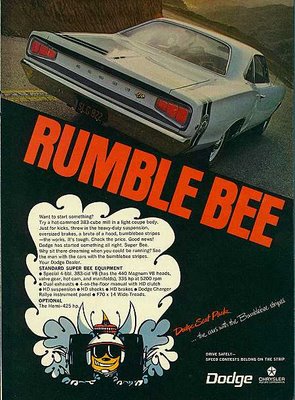 .. membership clubs, performance clinics with drag racers on tour, patches, jackets, and other memorabilia... most of which is now classic and prized for the quirky '60's ad art, or rarity for the barely seen ads that only ran once in single issues of Road and Track.
at Wednesday, November 15, 2006