What is the connection with Ice Cube and the Goodyear Blimp? Publicity for a charity campaign to commemorate Ice Cube’s 1992 hit song “It Was A Good Day” and raise funds for and education based youth charity A Place Called Home. 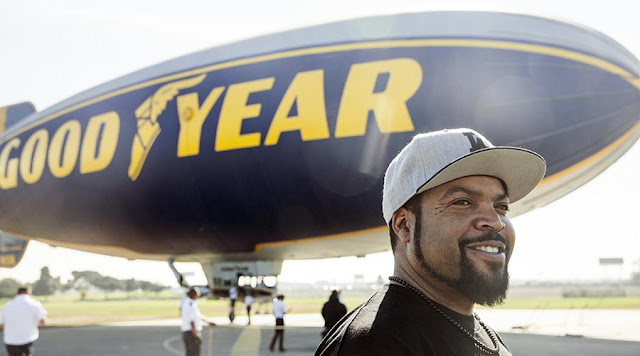 Goodyear was challenged to fly their iconic Goodyear Blimp by a group calling themselves “The Good Day Blimp,” who started a charity campaign to commemorate Ice Cube’s 1992 hit song “It Was A Good Day” by crowdsourcing $25,000 for the Los Angeles-based youth charity A Place Called Home.

The crowdsourcing campaign gained national attention when Ice Cube and Jimmy Fallon called Goodyear out to fulfill their end of the deal by flying the blimp while displaying lyrics from the song.
Coyne PR and Goodyear mobilized its blimp staff to activate a social media proclamation and media event with the charity.

Goodyear not only offered to fly the blimp and provide rides for a group of kids from A Place Called Home, but also extended an invitation to Ice Cube via social media and said it would run “Ice Cube Says Today Is A Good Day” on the side of the blimp.

Why Goodyear?  Because in 1992 Ice Cube made the hit song “It Was A Good Day”

The song is a slice-of-life picture of what it’s like to have a good day for a South L.A. gangster. In it, he rhymes about eating a good breakfast, avoiding conflict with his enemies, having sex, playing dominoes, and name dropped the Goodyear blimp: “Even saw the lights of the Goodyear Blimp/And it read: ‘Ice Cube’s a pimp.’ ”

Four friends in New York City started the “Good Day Blimp” online campaign earlier this month, seeking $25,000 in donations on Crowdhoster to donate to the charity. Their plan was to convince Goodyear to finally honor Ice Cube’s wish if, in exchange, they donated the money raised to A Place Called Home. The organization provides a variety of educational programs, mentorship and counseling for at-risk children and teens in South Los Angeles.

The Goodyear Tire & Rubber Co. uses its three airships primarily for marketing purposes and charity. Over the past two decades, the company has been repeatedly approached to fulfill Ice Cube’s song lyric.

“We’ve been telling people for years that it’s an urban legend (that the lyric was used on the blimp),” said Elizabeth Flynn, a Goodyear spokeswoman. “We took a look at the Good Day Blimp campaign and saw that it would benefit a great charity. We said: ‘We’re going to do this but we reserve the right to write the message.’ We came up with: ‘It was a good day.’ We don’t feel (the original lyric) is appropriate for our ships.”

Jonathan Zeichner, executive director of A Place Called Home, https://apch.org said the $25,000 donation would be well used.  Apch is a 4 star charity rated by Charity Navigator

“A Place Called Home is in the business of creating good days every day for 1,000 kids a year,” Zeichner said. “We’ve worked with 18,000 young people in South-Central Los Angeles over the past 20 years. Just this year, we sent our 263rd young person to college. These opportunities would not exist were it not for people like Ice Cube and people who got up and made a donation online.”

A Place Called Home provides South Central children and teens 8 years old – 21 years old with love, safety, enrichment, training, and opportunities through educational programs, counseling, and mentorship. After-school, weekend, and all-day summer programs and services include tutoring and homework support, as well as a full spectrum of instruction in the arts, athletics, dance and music. Our high school dropout recovery partnership with LAUSD is open in the mornings and we provide year-round support for college preparation, SAT tutoring, and college counseling and scholarships. In 2012 we provided support for 68 first-generation college students in local schools and across the country.  It was all inspired by the movie Stand and Deliver, about the true story of the high school teacher Jaime Escalante, and similarly, the high school teacher Roland Ganges.  https://apch.org/about/founder/

Reminder to anyone wondering why I post about blimps and dirigibles, there is that great big tire under it. 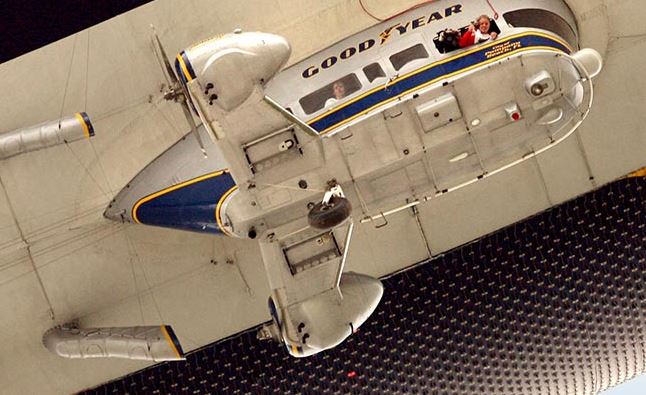