Yesterday Marc Márquez did 3 amazing things, he won his 6th world championship in 8 years, and broke the "youngest" records of Valentino Rossi and Mike Hailwood. 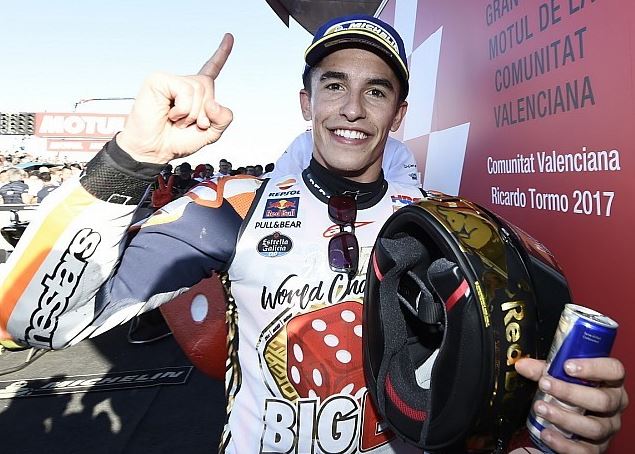 He is also the youngest rider to win six world titles, taking the record from Rossi, who was 25 when he won his sixth title, the 2004 MotoGP crown.

Even more incredible, Márquez is the first rider in 69 years of GP racing to win at least five GPs every season over eight years and three different classes.

and check out this remarkably astonishing save