as good as a drivers license, and that is all TSA needs to allow you on the plane... your face on the cover of a magazine - enjoy Mike Rowe's story of losing his wallet and drivers license 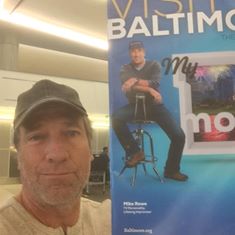 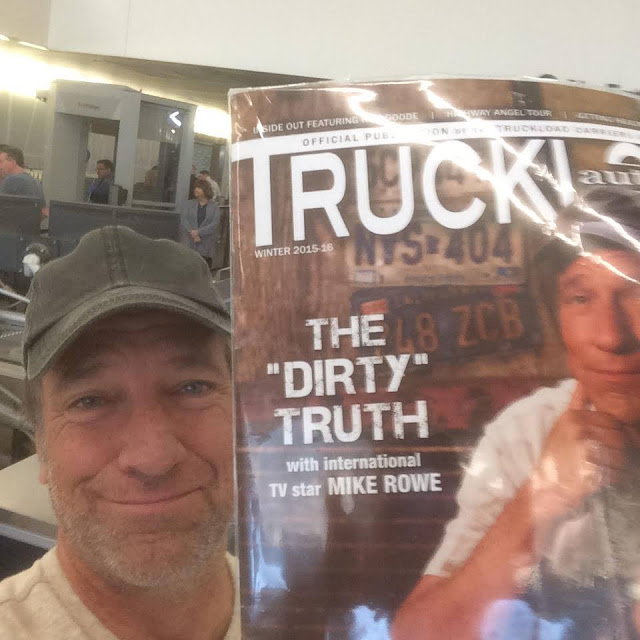 “A Heartfelt Thanks to the Publishers of Two Magazines Most of You Will Never Read.”

Most of you are familiar with the five stages of grief. Many of you have no doubt experienced them. But I bet you haven’t experienced all five stages in five seconds or less. Unless of course, you choose to arrive at the airport 45 minutes before your flight with no identification. Like me.

When I first realize I don’t have my wallet, I’m filled with a blast of pure, unadulterated denial. I’ve flown nearly two million miles in my life, and I’ve never once forgotten my ID. Not once. It’s always there in my back pocket. ALWAYS. So when it’s not there, I can’t process the message my fingers send to my brain, or accept the obvious truth that my wallet is back home on the kitchen counter, exactly where I left it.

In the second after that, my denial gives way to overwhelming anger. It’s a completely surprising level of irrational rage that causes me to shout “DAMN IT!” much louder than I intended. The people next to me jump into the air. The TSA agent arches an eyebrow. A baby begins to scream.

As the third second begins, my inexplicable fury is replaced by a simple bargain with God. The terms are simple. If I reach into my pocket one more time and find my wallet where it’s supposed to be, I’ll give whatever money is in it to the TSA agent. A tip! For the first time ever, a tardy traveler will tip a TSA agent. I swear to the Lord I’ll honor my end of the deal, if only he’ll return my wallet to its proper place in my back pocket. It seems a perfectly reasonable request, and well within the power of an omnipotent being. Crap. It’s still not there. Why does God hate me?

Now I’m depressed. For most of the fourth second, an overwhelming wave of self-pity washes over me. I try not to weep as I consider the consequences of missing my flight. The TSA agent raises her remaining eyebrow and asks if everything’s OK?

Finally, somewhere in the midst of the fifth second, I accept the undeniable truth of my situation, and do the only thing I can - I look directly into her eyes, smile my friendliest smile, and ask the question I swore I’d never utter in public.

“Sure,” she says. “You’re the guy who robbed that bank in Oregon.”

For a moment I’m too stunned to react. Then she laughs and says, “You’re Mike Rowe. I follow you on Facebook.”

“You can’t prove you didn’t rob the bank?”

“I did. And I’m running late. What happens next?”

“My supervisor calls the national registry to make sure you’re not on the no-fly list. They ask you a bunch of questions over the phone that only you can answer. Then I personally search every square inch of your body. Throughly.”

My eyes wandered to the blue latex gloves that covered her slender but knowing hands.

“You know, any other time, that kind of delay might be worth experiencing. But I’m really in a bad situation. A lot of people in Baltimore are expecting me this evening. This is the only flight that can get me there. Can’t you just make a visual confirmation and let me through?”

“I wish I could, but that’s up to my supervisor. And even if he knows who you are, he’ll want to see something with your name and photo on it.”

“But all that stuff is in my wallet,” I say.

“That’s a shame” she says. “Because the process would go a lot faster if you have something that links your name to your likeness. Are you sure you don’t have anyway to proof that you’re you? Anything at all?”

And then I remember. I tear off my backpack, and pull out two magazines, both with me on the cover. One of them, a city guide for Baltimore, identifies me as a “Media Personality” and “Life Long Improvisor.” The other, a quarterly periodical with the unlikely title, “Truckload Authority,” says I’m an “International TV Star.”

As I remove both magazines, the Supervisor appears. I hand them over with a strange mix of hope and embarrassment. I mean really - who the hell offers not one, but two forms of ID in the form of magazine covers?

The supervisor regards them with something approaching bemusement.

“Not exactly a passport,” he says.

“No it’s not,” I say. “But you gotta admit - that’s my name, right there next to my face.” The supervisor examines Truckload Authority.

“International TV Star, huh? Bit of a stretch, don’t you think?” He’s not smiling, but I get the sense he wants to.

“A bit,” I say. “But look, as a “Lifelong Improvisor,” who’s to say? Either way, I’d sure appreciate whatever you can do to get my world-famous ass on that plane.”

At this point, a man in line taps me on the shoulder and says, “I hate to be a pain,” but my kids love your show. Could we get a quick photo?”

Really, I couldn’t have planned it any better.

The nice lady with the latex gloves took the photo. The supervisor chuckled and shook his head. The TSA expedited the process, and I was spared the requisite cavity search. I then dashed through the airport and arrived at the gate with seconds to spare, thanks a couple magazines that most of you will never read, and the grace of God.

If you don't already follow Mike Rowe, I'll just say you're missing some good fun. A lot like a fun uncle, and a bit like a midwest farmer and trucker with a brush of Paul Harvey like story telling.