Connecticut has found a new way to tax the drivers... snowy car tickets. 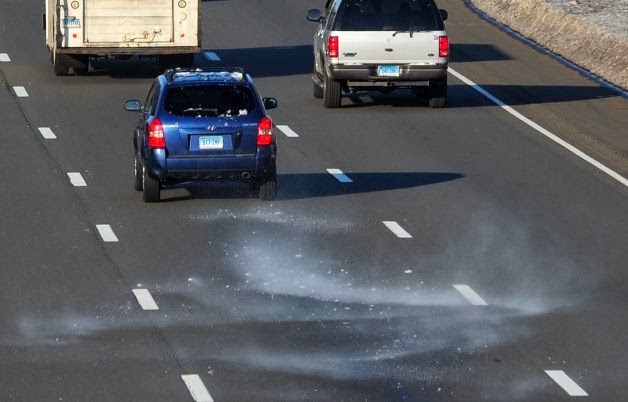 State Police are aggressively ticketing drivers who ignore Connecticut's new "ice missile" law, which requires motorists to remove all snow and ice from their vehicles.

Since the law took effect Jan. 1, state police have issued at least 230 tickets to truckers and motorists who were driving snow-covered vehicles. At $120 per summons -- the fine is $75 plus $45 in various surcharges -- that amounts to $27,600 in tickets in a month and a half.

If snow is on a vehicle and it comes off, you're responsible," Vance said.

Vance could not break down the number of tickets issued to motorists and truck drivers, who face the added burden of clearing snow from tall trailers not easily accessible from the ground.

The law was passed in 2010 but implementation was delayed to Jan. 1, 2014, to allow the public to become aware of the regulation and for trucking companies to develop ways to remove snow from big rigs.

If snow falls off a passenger car and damages another vehicle or causes an accident, the operator can be fined $200. Commercial drivers face a $500 fine.