Very rare AMC muscle cars together, and that is infinitely more rare. A Rebel Machine, a RWB AMX, and a Hurst SC/Rambler all parking together is somehting you'll probably never see again 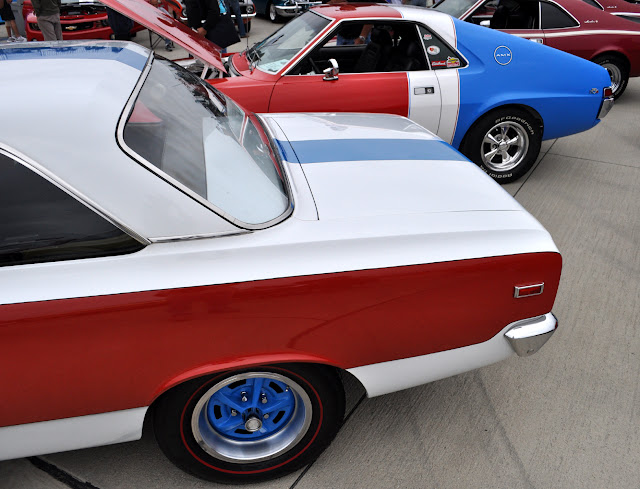 Hurst SC/Ramblers are rare, and the red white blue color scheme is unusual among cars... but not among AMC models... the car behind the SC/Rambler is the Red White Blue color scheme AMX that honors the Craig Breedlove Bonneville record holding endurance trials, and the Hurst Super Stock AMX drag racing cars.

For a gallery of just that red white blue AMX http://justacarguy.blogspot.com/2011/09/68-amx-found-in-newspaper-ad-for-1000.html 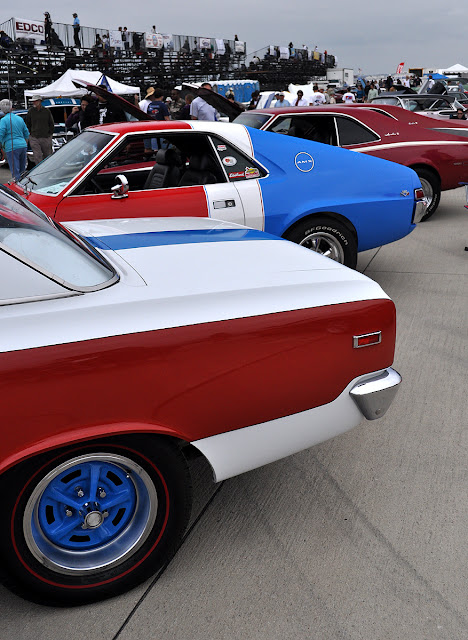 For a gallery of the Hurst SC/Rambler: http://justacarguy.blogspot.com/2011/01/rebel-machine-is-in-san-diego-ebay.html
down in the bottom photo at the lower left corner is the tail of the Rebel Machine (it's not easy getting some cars in a photo unless the owners are ready for a photo shoot.) 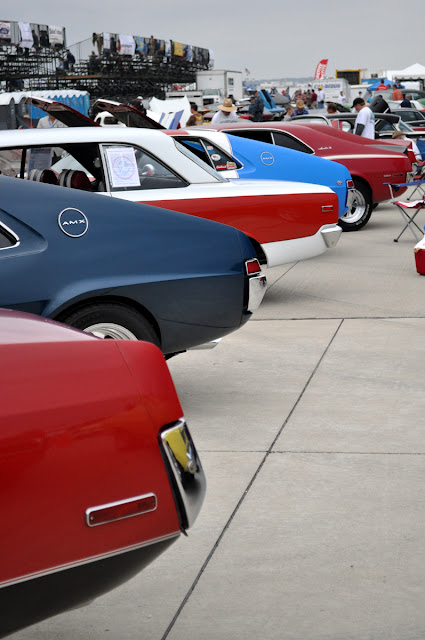 for a gallery of the Rebel Machine http://justacarguy.blogspot.com/2011/01/rebel-machine-is-in-san-diego-ebay.html
For more factory AMC red white blue; the Javelin SCCA race car: 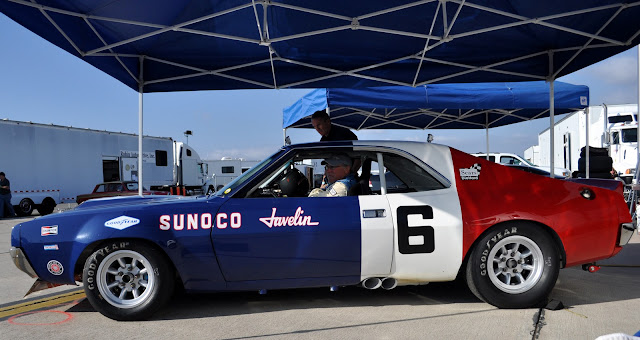 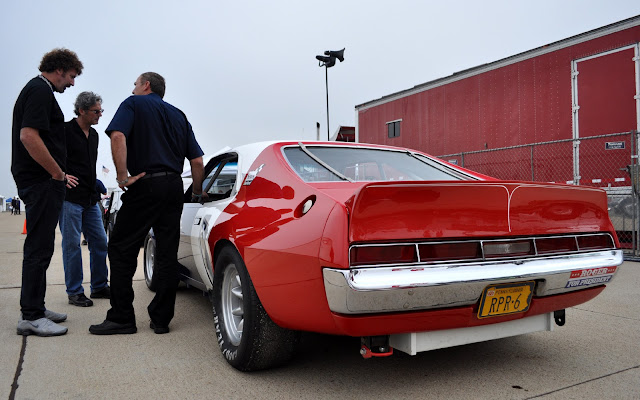