1894 in Paris... that looks like a horse carriage in back, that wasn't changed at all, but hooked up to that early motor vehicle
Above photo from http://steampunkvehicles.tumblr.com/

Similar looking vehicle below is the Grand Duke Alexis in his carriage with a Heilmann front end , Paris 1899 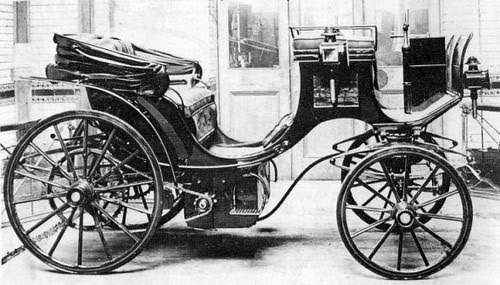 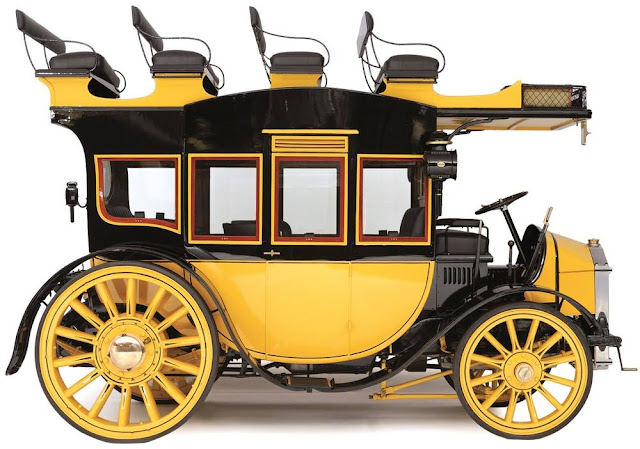 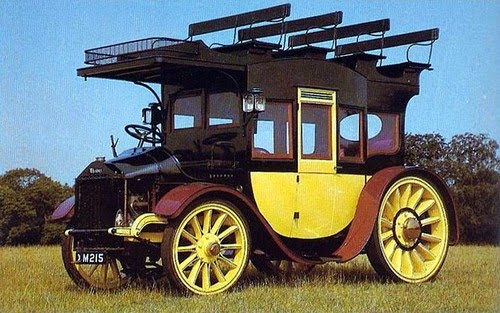 from the Thrupp and Maberly coachbuilders in 1913 on a chassis from Thames Iron Works
Found on http://svammelsurium.blogg.se/2011/february/thruppmaberly.html

The 5.0-litre, six-cylinder engine, 48 hp, is placed as far forward as possible to give the impression of a carriage, as do the small front- and large rear wheels.

It is the only surviving example of a fleet of petrol-engined stagecoaches commissioned by Motor Coaches Limited, used at the time to carry people to and from the horse races at Ascot and Epsom, all within a 160 km radius of London.

It seats nine passengers inside, and sixteen on the roof. The bodywork of this stagecoach was constructed by Thrupp and Maberly, a company that would later build coachwork for luxurious cars such as the Rolls-Royce
at Sunday, February 27, 2011