roadside attraction, by an accidental artist, who happened to have the knack for mechanical things. During WW2 he was stationed on Saipan, and made a windmill powered washing machine from scrap parts of a B 29 so his Army company would have clean uniforms, for example 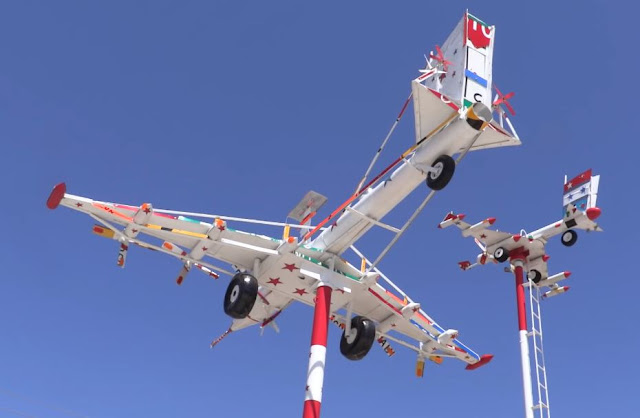 He called them windmills, but they’re better known as whirligigs and now have the distinction of being North Carolina’s official state folk art.

This first one in the video has 14 bicycle rims and two bus mirrors.... 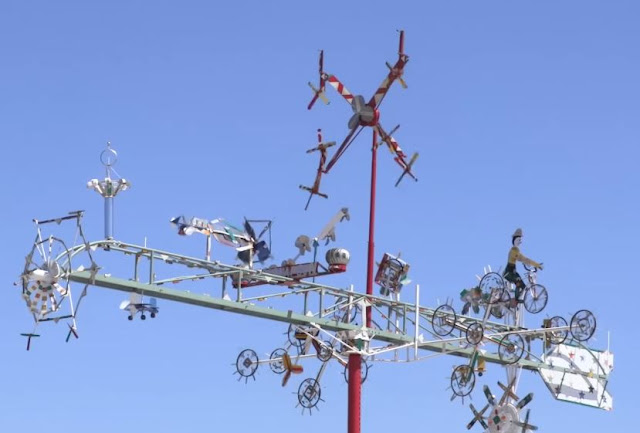 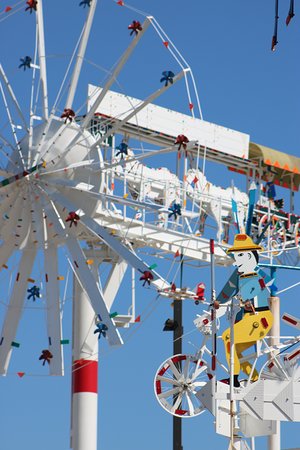 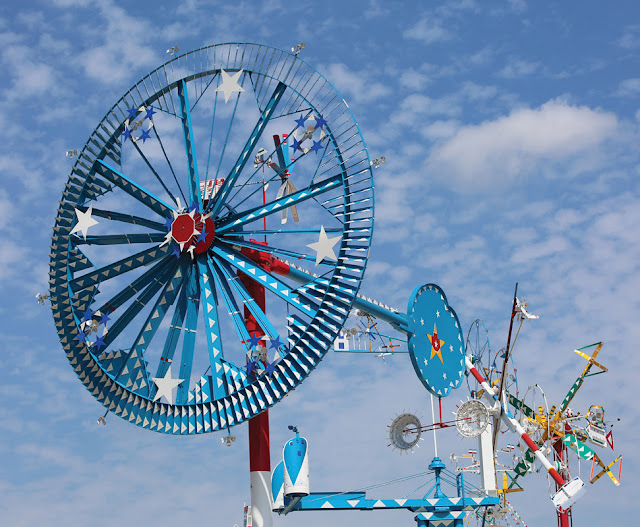 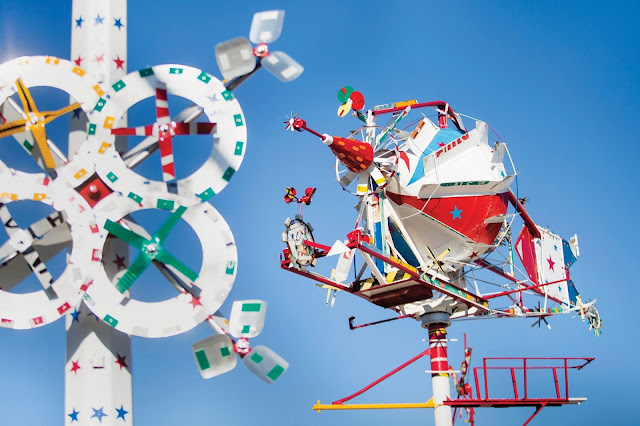