they named this 1988 Plymouth art piece "Carbon Copy" (thanks Larry!) 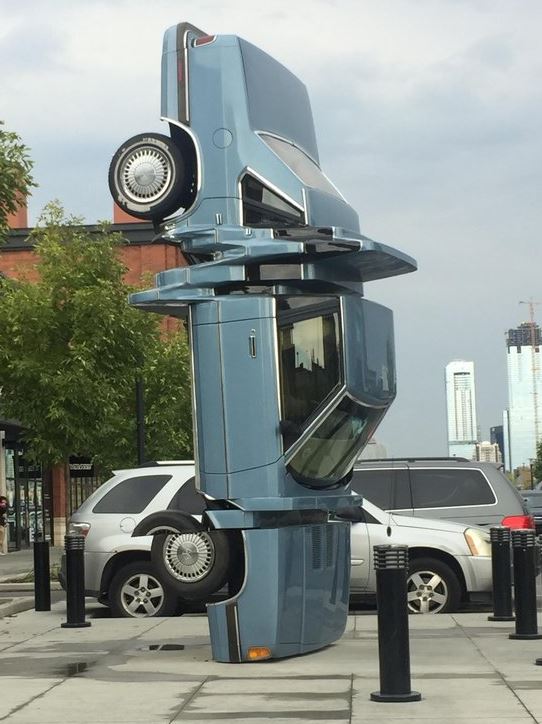 The serrated pieces seem to be an EKG heart monitor graph

There is a laser scanner for some reason, in the front seat pointed out at the sidewalk, and every 20 seconds it scans across the pavement

A pair of Calgary artists, Caitlind r.c. Brown and Wayne Garrett responded to an open call by First Capital Reality, who own and operate the Brewery District — including its six-acre underground parkade and various surface lots, already a place of cars. This is their first-finished public art commission.

But the corporate entity was inspired enough to not just beautify but insert an extra philosophical dimension into what could’ve been just another pull-in retail space by commissioning meaningful, contemporary public art. 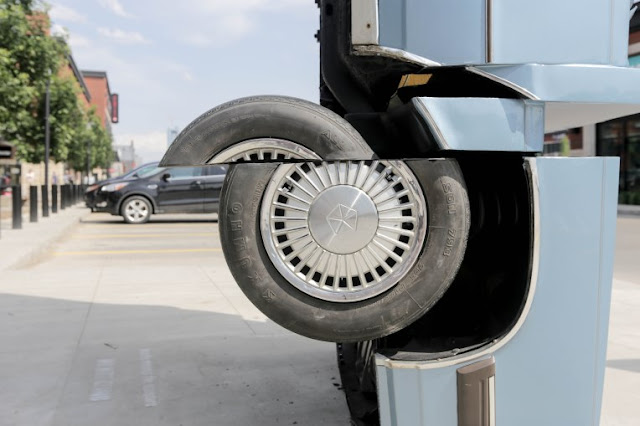 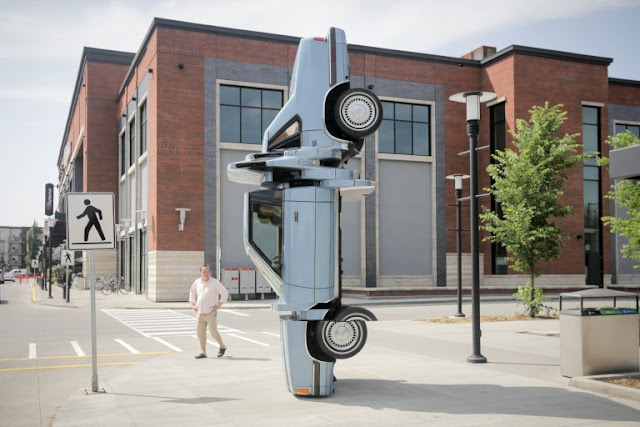 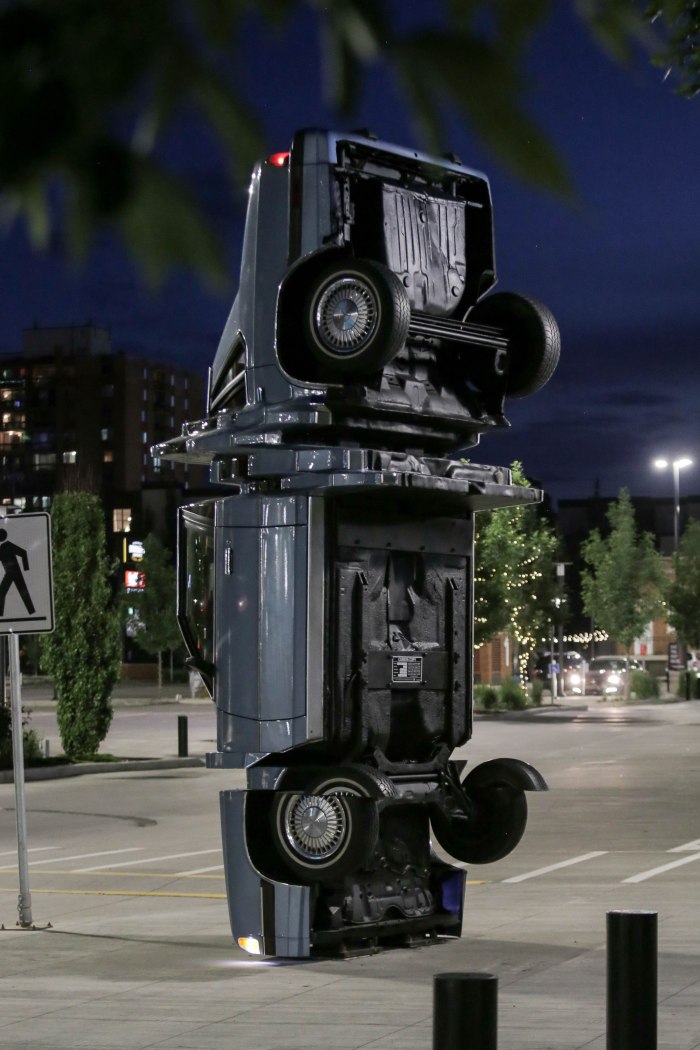 I don't get it. But then, most public art sucks since the Borglum's finished Mt Rushmore in 1941