was the designer of the 2CV inspired by a 3rd century Chinese carved jade horse? 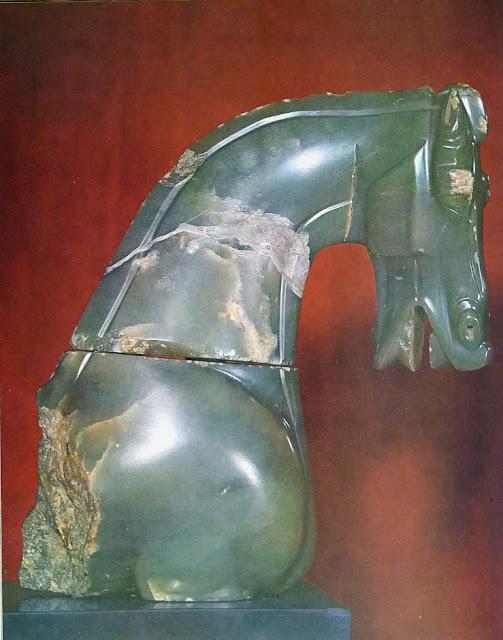 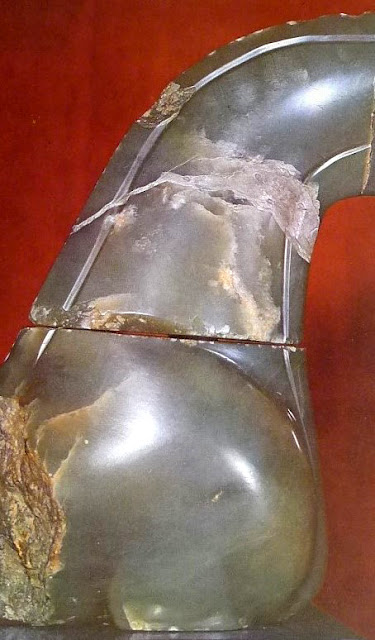 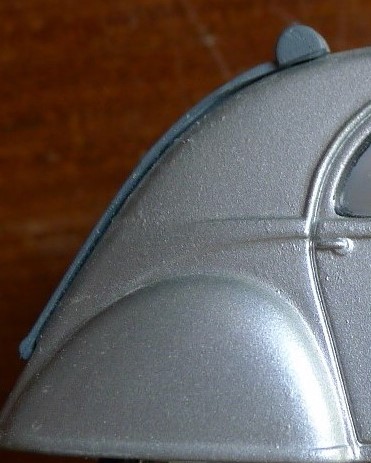 Often called "an umbrella on wheels", the fixed-profile convertible bodywork featured a full-width, canvas, roll-back sunroof, which accommodated oversized loads and until 1955 reached almost to the car's rear bumper.

A 1953 technical review in Autocar described "the extraordinary ingenuity of this design, which is undoubtedly the most original since the Model T Ford". One design requirement was that the customer be able to drive eggs across a freshly ploughed field without breaking them.

The vice-president of Citroën and chief of engineering and design, sent the brief to his design team at the engineering department that with the TPV (Toute Petite Voiture — "Very Small Car") they were to reduce the weight and weigh every component and then redesign it, to make it lighter while still doing its job.

Michelin (Citroën's main shareholder) and Citroën managers decided to hide the project from the Nazis, and several TPVs were buried at secret locations; one was disguised as a pickup, the others were destroyed.

Until 1994, when three TPVs were discovered in a barn, it was believed that only two prototypes had survived. As of 2003 there were five known TPVs.

The Nazis had attempted to loot Citroën's press tools; this was frustrated after Boulanger got the French Resistance to re-label the rail cars containing them in the Paris marshalling yard. They ended up all over Europe