When the Boeing Clippers joined the military 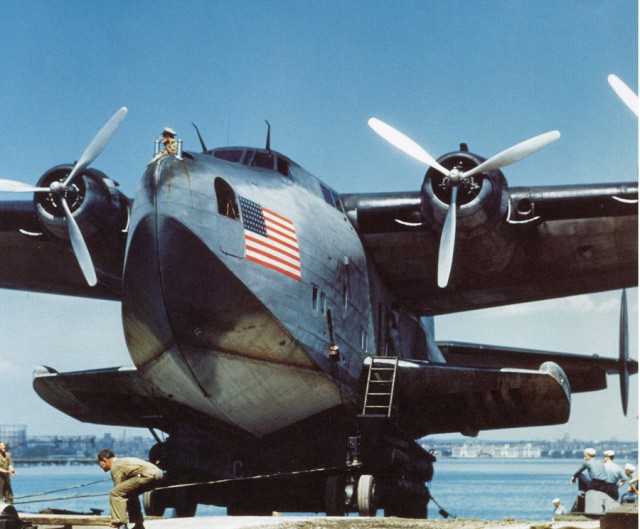 The B-314 flying Boats were built between 1938 and 1941. First operational flight was made in March 1939 from NY to Southampton, UK. for which 4 aircraft were used. Two more were flying the Pacific routes before the war started. Only 12 of those huge aircraft went operational, first with Pan Am, who later sold 3 of its 6 B-314 A’s (an improved model with stronger engines) to BOAC.

As the war broke out for the USA in early Dec. 1941, all Pan Am flying boats of the type were incorporated in the US Navy services for worldwide ops, but retained their Pan Am flight and maintenance crews, as being most experienced with the complex flying boat operations, that by definition carried more risks and hazards than “land based” aircraft ops. As a big plane with 4 Wright Cyclone 1600 HP engines ( in the A-model) , it could make transatlantic hops as no other passenger plane could in the late 1930’s with its max range of 3500 miles, later extended to 5200 miles.

Such figures made this the perfect ship for transporting essential personnel and supplies to all corners of the world and theaters of war, that came in reach in just a matter of days. 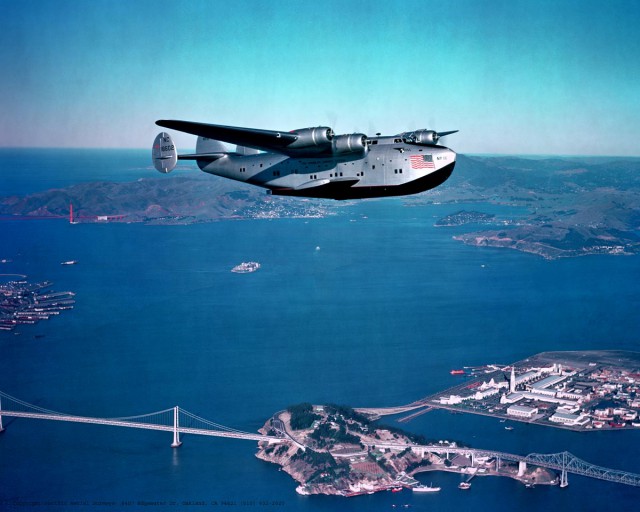