Supermarine Spitfire P9374 auctioned with Christies sells for £3.1m, after a 5 year restoration, and 40 years under the beach sand at Calais 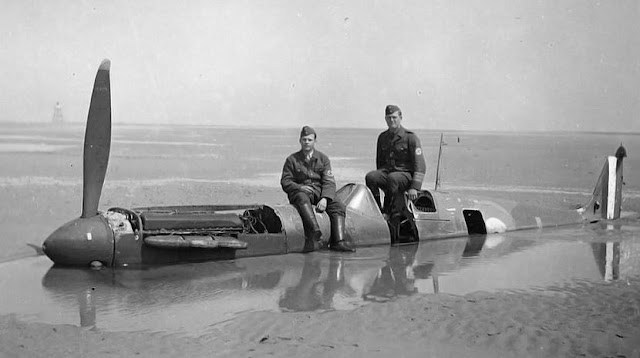 The airworthy fighter, based at Imperial War Museum Duxford, is one of only two left in the world to have been restored to its original specification.

Records show that P9374 had a total flight time of 32 hours and 5 minutes at the time of its loss.

The aircraft was shot down over Calais in 1940 and discovered when its wreckage was exposed by the tide.

During this early morning sortie P9374 was hit by what is thought to have been a single bullet fired from a Dornier 17-Z bomber which holed the Spitfire’s coolant system. With an overheating engine, and with no realistic hope of returning across the English Channel, Cazenove made a wheels-up forced landing at low tide on the beach near Calais.

During his time as prisoner Cazenove made several escape attempts but was later incarcerated at Stalag Luft III from where the Great Escape was mounted.

Cazenove became involved in forging documents for the escapers, but of the many scheduled to break out of the tunnel he was last on the list. His physical size led to fears that he would become stuck in the tunnel, but this may well have saved his life as the escape was discovered before Cazenove’s turn came.

Post-recovery, the Spitfire went first to the Musée de l’Air at Le Bourget, Paris, from where it was acquired by a French collector, Jean Frelaut, in 1981. It was from Frelaut’s estate that the aircraft was acquired by the present owners, Mark One Partners, in 2000 and placed on the British Civil Aircraft Register as G-MKIA that year. 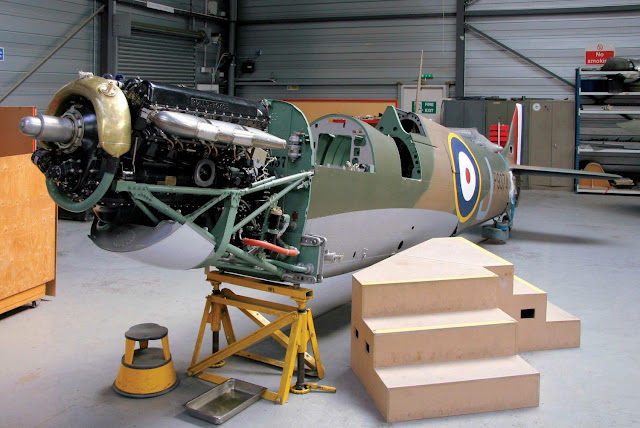 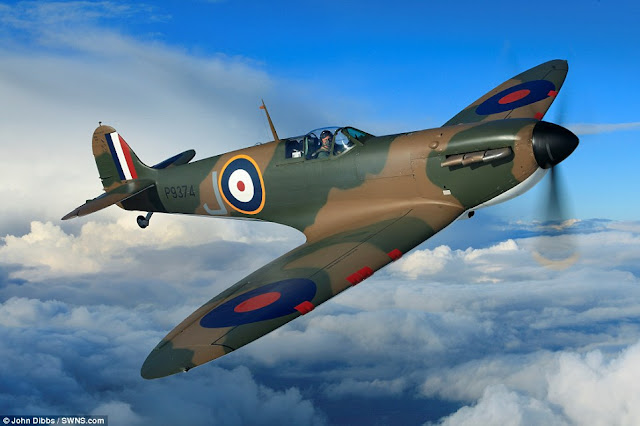 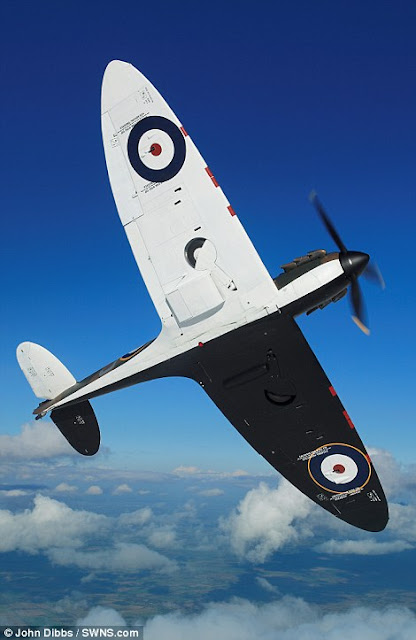 Eventually the plane was bought by American billionaire philanthropist Thomas Kaplan, https://en.wikipedia.org/wiki/Thomas_Kaplan who owns both of the surviving Mk1 Spitfires, had it meticulously restored to its original condition by a team of expert engineers.

The money will go to the RAF Benevolent Fund and Oxford University's Wildlife Conservation Research Unit. The other Mk1 - N3200 - will be gifted to The Imperial War Museum Duxford.

Mr Kaplan said: 'When my great childhood friend Simon Marsh and I embarked upon this project, it was to pay homage to those who Winston Churchill called The Few, the pilots who were all that stood between Hitler's darkness and what was left of civilization.

"These are concrete gestures of gratitude and remembrance for those who prevailed in one of the most pivotal battles in modern history."

"The return to Duxford of N3200 which was itself piloted by the heroic Commander of RAF Duxford, is an act of love and desire to enshrine a British legacy."

He added: 'The sale of P9374 for charity is likewise an opportunity to share that passion with others and to benefit causes that have moved me since boyhood. The RAF Benevolent Fund represents a way to honour that breed who gave so much for Britain when its existence was imperilled."

I heavily recommend you check out the superb videos on http://www.christies.com/spitfire/interactive/index.html  where you can also read a lot more about this plane, and Spitfires in general 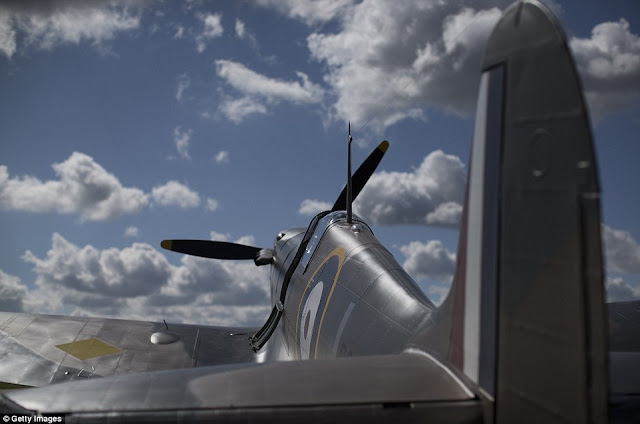 and if you didn't want to read all that, but would rather hear it all from women with nice British accents: