one of the original Trans-Antarctic Expedition Sno Cat® machines is still running! Even better, it's still owned and operated by the family business! 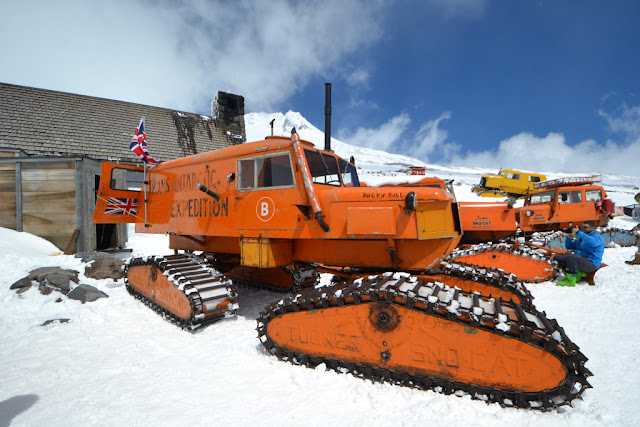 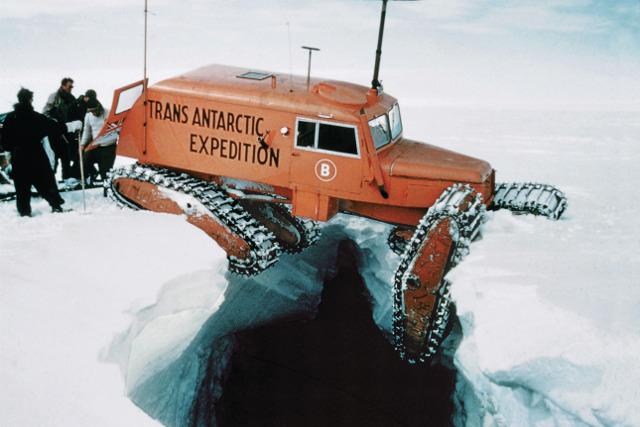 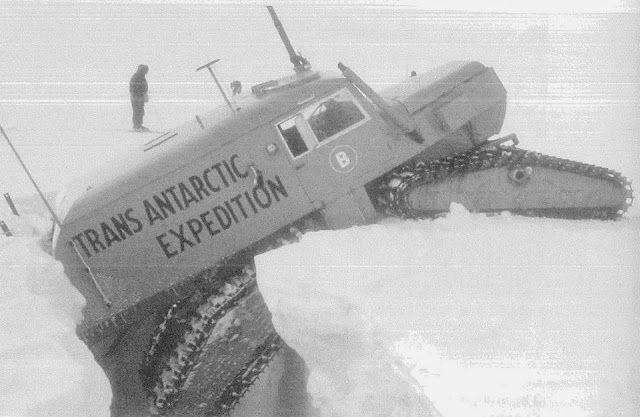 Sno Cat® is a Family owned and operated company and has been that way for almost 75 years in this very unique industry, now operated by the 4th generation of Tuckers.

The Trans Antarctic Crossing is really what put Tucker Sno-Cat® on the map.

There were four machines that were built for this expedition and they each earned a name over the trip. There were letters on the doors of each machine except for one.
A was Able,
B was Rock and Roll (This one was Sir Vivian Fuchs machine)
C was Haywire
and the last machine was not lettered and its name was County of Kent.

With four custom-made Sno-Cats®, Fuchs was able to cross the continent in 100 days, all the while conducting seismic readings and measuring ice cap thickness. The Sno-Cats® proved invincible in the harshest conditions on earth, providing consistency, safety and the kind of endurance no other land vehicle could accomplish at the time. 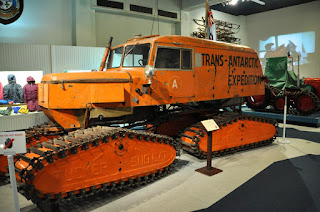 Haywire is in London
and the only one left in original condition Rock and Roll is here at the factory!

Recently Jeff and his brother took the project on of getting Rock and Roll preserved and back on the snow and by April had it accomplished! All of the guys at the shop were involved in part of the project of getting Rock Roll on the snow, especially Clyde Moody, who always did a little extra and always looked into the fine details.

Jeff and his daughters got to be the first Tuckers to drive it in over 50 years! They also met Sir Vivian Fuchs son Peter Fuchs who flew over from London to an event called the Cats Meow, he was able to drive his dads machine and did a great presentation. 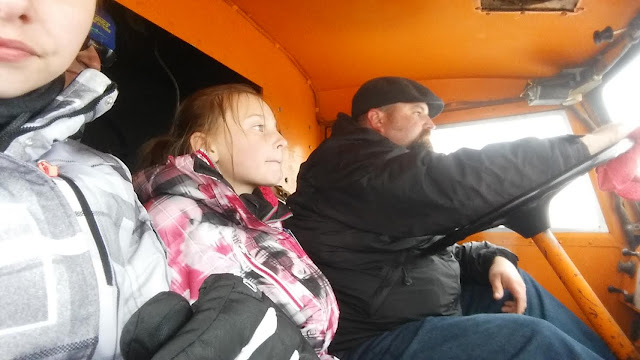 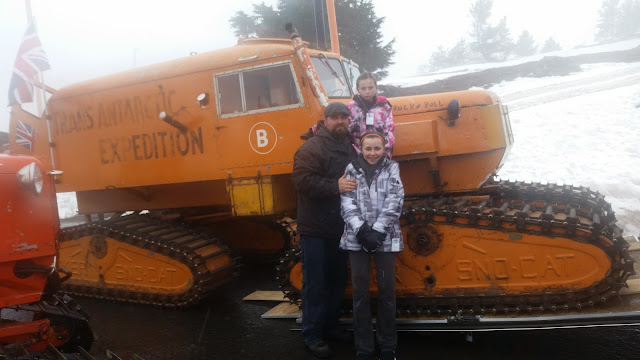 There is a good article about the machines at http://gearpatrol.com/2013/12/03/icon-tucker-sno-cat/  and a lot more info about the expedition at http://eandt.theiet.org/magazine/2014/11/old-school-ice-truckers.cfm

We drove on, but suddenly the lead vehicle stopped without a signal. In a moment I knew something odd was happening. As I climbed out of my cab, David Pratt was already running ahead toward [Sno-cat] Rock 'n Roll and I ran after him. "Here's trouble – big trouble," he groaned as soon as we reached the spot.

Rock 'n Roll had burst through the lid of a deep crevasse, 15ft wide. The front of the Cat was leaning forwards and downwards; it would have plunged right in if the pontoons had not buried themselves in the far wall and the roped sledges behind held back the rear. Below the dangling Cat gaped a black hole, with loose snow trickling away to fall soundlessly into the cavernous depths. Bunny, magnificently calm, leant out of the cab, peered into the death-trap and said: "I don't think this is a particularly good side to get out." He and David [Stratton] then climbed out and sprang across the gap to safety. At first sight the recovery looked impossible. David Pratt minutely examined and tested the ground disbelievingly. Before long a tide of ideas began to flow and a workable plan emerged. I ran to my Weasel, unstrapped the skis and tripod, snatched three cameras and skied back to film and photograph the scene.

During the weeks to come we were to experience a score of such crevasse incidents. Anything from five to 20 hours of preparation were needed before we could begin shifting the trapped vehicle; but then it was hauled to safety in as many seconds. All the vehicles were used and the drivers fixed their eyes on a controller who conducted them with the utmost precision in a movement of pull and counter-pull. First, steel wire ropes were tied to the front and rear end of the stranded Sno-cat, then three vehicles had somehow to get around and across the crevasse to pull the victim forwards. If we merely pulled on one side, however, the back of the vehicle would fall into a yet more perilous position – so to avoid this a counter rope was anchored at the rear, generally with two Weasels to hold it, putting as much tension as possible on the trapped machine. Sometimes we pulled them out from the front, sometimes backwards, according to how they lay in the crevasse. 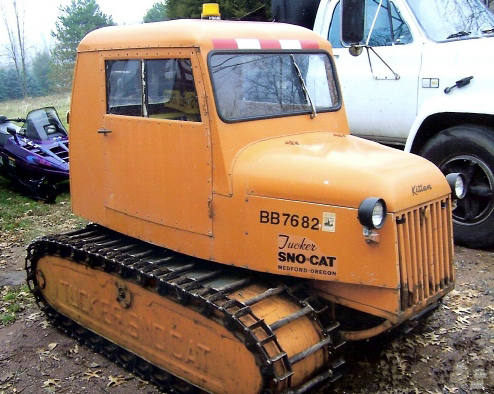