high speed railroad getting ready to open in Morocco in 2017, will halve the 4 hour 45 minute travel time, and only be twice the time it takes an airliner 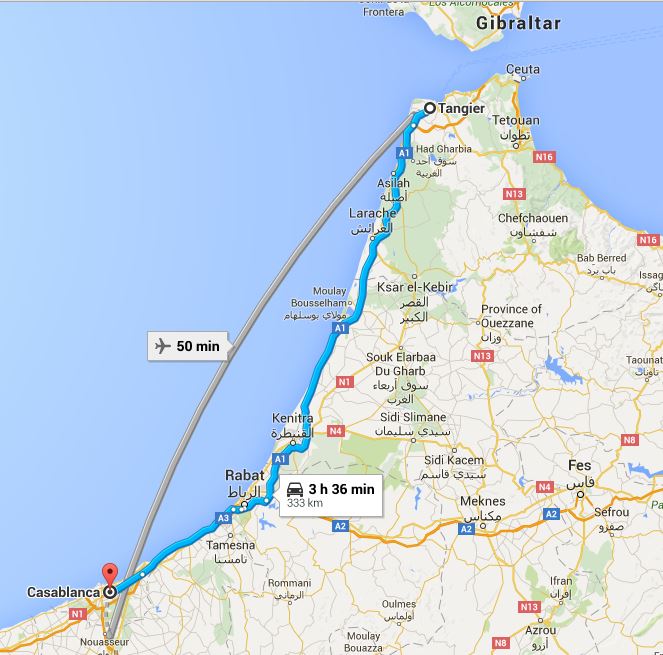 It is a 320 km route from Tangier to Casablanca, which includes a 183 km high speed line between Tanger and Kénitra which is being built for operation at up to 320 km/h.

From Kénitra to Casablanca the services will use a conventional line upgraded for speeds up to 220 km/h.

Opening of the new line was planned for December 2015 when construction was launched by King Mohammed VI and French President Nicolas Sarkozy in September 2011, but delays to the infrastructure works mean this has now been put back to 2017.

(never thought you'd see news about high speed rail on the African continent, did you?)
at Wednesday, July 01, 2015