Wow. Found in a box in the barn... the UFO hood ornament designed by Alex Tremulis 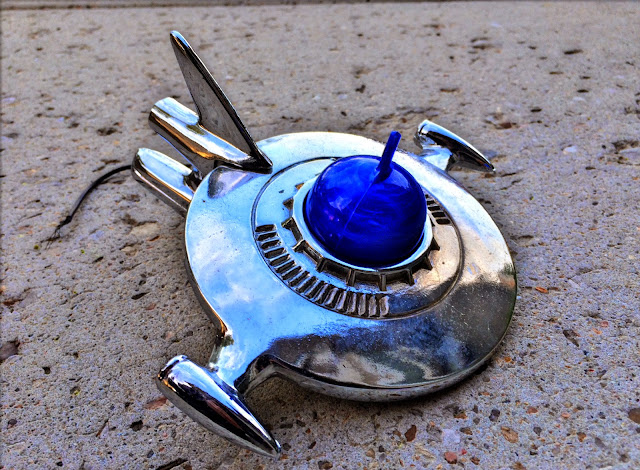 Taking me by surprise, I opened an email from Brian in Kansas late last night... and got the cool news that he found this rare hood ornament in a box in his grandfathers barn when he was 12 or 13. The newspaper it's wrapped in is a 1949, April 7th specifically.

He's somehow held onto it for about 45 years without that tip being broken and now is looking to find out what its worth, and sell it. Email him at redrocketman61@yahoo.com or his website http://brianwithaneye.com 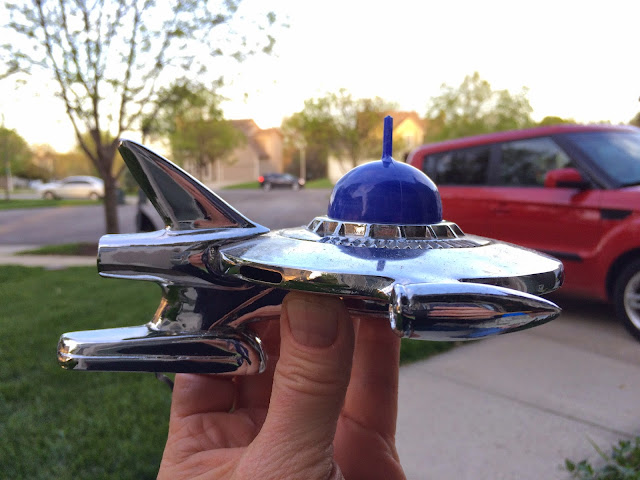 According to the Hood Ornament Identification Guide http://justacarguy.blogspot.com/2010/08/hood-ornament-identifiaction-guide.html it's a Gem, but the guide doesn't have specifics like what year it was made. 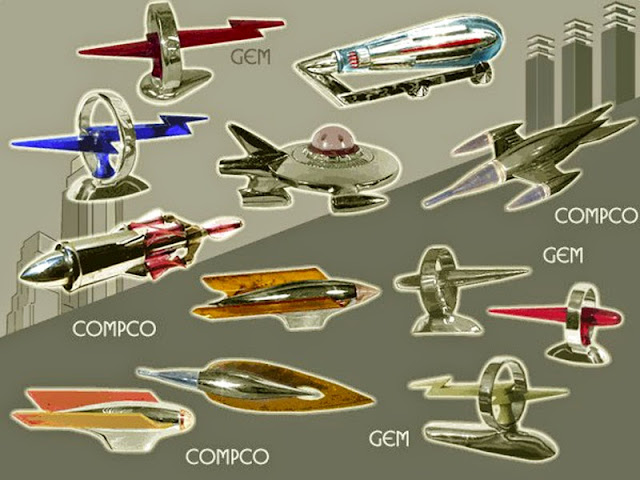 According to the correspondence and patent work, Alex Tremulis designed it while working at Kaiser Fraser, and 4000 of them were made by Fortune Manufacturing 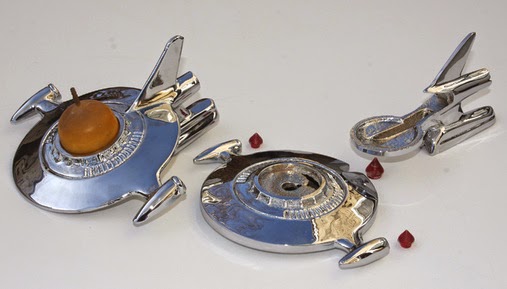 The name Alex Tremulis might seem familiar to you, he designed cars since the age of 20:

One car Alex designed was the 1934 Duesenberg Model J LaGrande Convertible/Coupe. Three cars were built to Tremulis' illustrations, J530, J531 and J534. They became recognized as having some of the most beautiful proportions of any Duesenberg ever produced.

Alex Tremulis went on to design other instantly recognizable vehicles - the side pipes on the supercharged Cord 812, and the Chrysler Thuderbolt, and the American Bantam Hollywood and Riviera... and the Tucker 48.

Plus 11 years at Ford as the head of the advanced design studio creating the Gyron, the Seattle-ite and others, working with Syd Mead.  http://www.gyronautx1.com/alex-tremulis.html

And then, the Gyronaut X-1 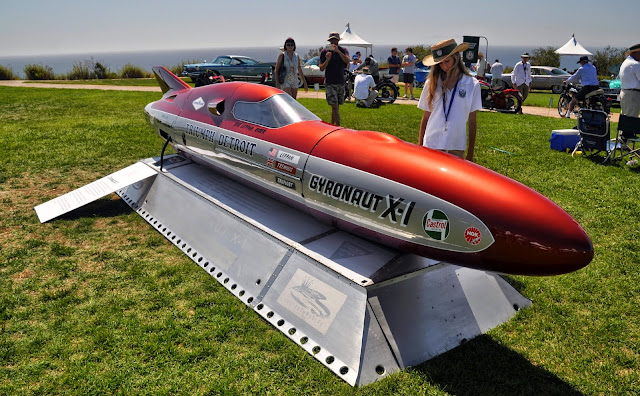