Here is how writing should flow, all the wanna be guest writers? Take a lesson, Chris shows what writing skill is

In the world of automotive journalism, hyperbole is king. Words like supercar and hypercar are used to stir up the masses and increase page views. But neither of these words has an accepted definition, until my epic post "The Supercar Defined." This week we will consider a more recent entry into the automotive lexicon, the hypercar. 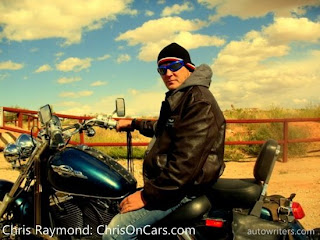 A hyper person is someone who is overexcited, manic, agitated, hectic, frenzied, and rabid. A hypercar is exactly the same thing, only worse. The word hypercar became popular sometime in the early 1990's, and was used to describe cars like the Vector W8 and the McLaren F1. The accepted definition requires the vehicle to meet all the standard requirements for being a supercar, which includes: possessing a blistering top speed, having an outrageous price tag, awesome power, supermodel looks, a miniscule trunk, terrifying maintenance costs and teeny tiny production numbers…and then go way, way past it. Everything that a supercar is, the hypercar is…squared.
Depending on your views, cars like the Lamborghini Gallardo, the Ferrari 458 Italia and the Aston Martin DBSwould be considered supercars. But these are just insane…the hypercar is psychotic. Instead of just being fast, the hypercar must have the ability to travel in the 240mph PLUS neighborhood…and that is about as exclusive and expensive a neighborhood as you can get. The price of a supercar is described as unholy at around 200,000 to 300,000 dollars, but the price of a hypercar is more than simply profane and can reach over 1 to 2 million dollars.
Where a supercar is designed to be the automotive equivalent of…say, Gisele Bundchin, the hypercar is Marilyn Manson, Insane Clown Posse and Adam Lambert all rolled into one. Styling is not just meant to be groundbreaking, it is meant to reach over, grab you by the throat and rip out your tonsils. People who own and drive a hypercar live in the world of the divine…gods beyond the reach of mere mortals.
Which cars actually meet these lofty standards? As I mentioned above, the Vector W8 (242 mph) and McLaren F1 (240 mph) were probably two of the first. I would add to that list the Saleen S7 Twin Turbo* (248 mph), the SSC Ultimate Aero (257 mph), the Hennessey Venom GT (254 mph), the Koenigsegg Agera (250 mph), and of course theBugatti Veyron and Veyron Super Sport (253 and 267 mph respectively). There are others that come close, including some odd little cars made by tiny manufacturers like Keating, Dauer, and Gumpert, but they are just a little too slow at 230+ mph.
Other cars that are considered by some to be hypercars, like the Mercedes McLaren SLR, are just posers. They may have bought the right clothes, but they are missing the muscle to really be part of the club. This is a club where the average member (THE AVERAGE MEMBER!) can easily reach speeds of 230 mph, and they are getting faster all the time. Consider that the supercars of old are about as fast as the Honda's of today, and you can imagine where this is all heading. So, what's next on the horizon…Ultracars? Super-Hypercars? Quantacars?
Chris has been writing with style on his website http://chrisoncars.com/ for a couple years now, check it out and you'll see why I've been recommending his site since he started about 3 years ago
at Saturday, July 27, 2013