I found another movie that uses the Leslie Special! 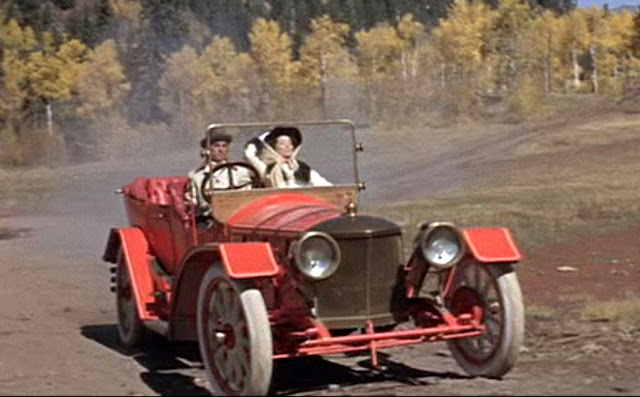 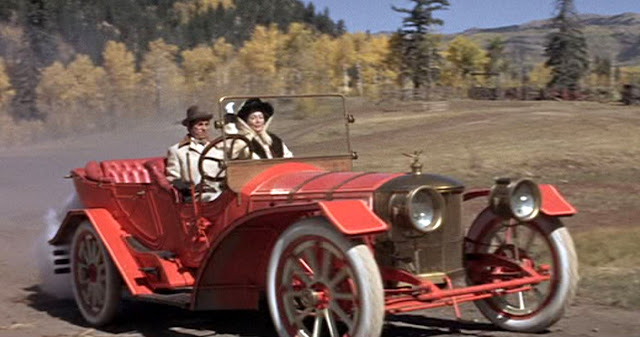 it stalls out right on the center of the railroad tracks, so it can be smashed by the train. One very old gag from the silent movie era 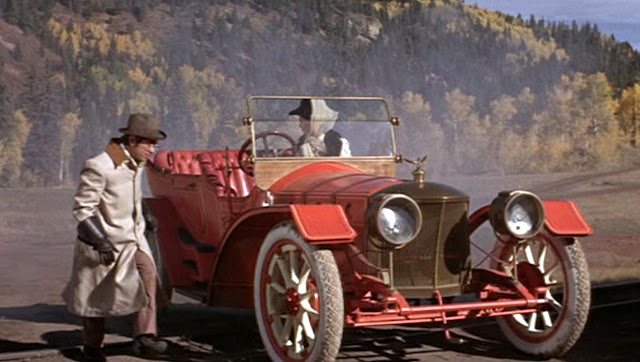 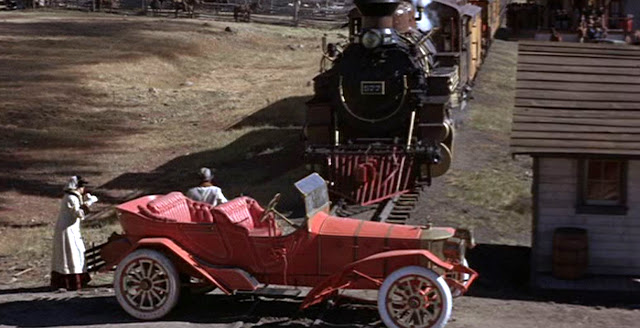 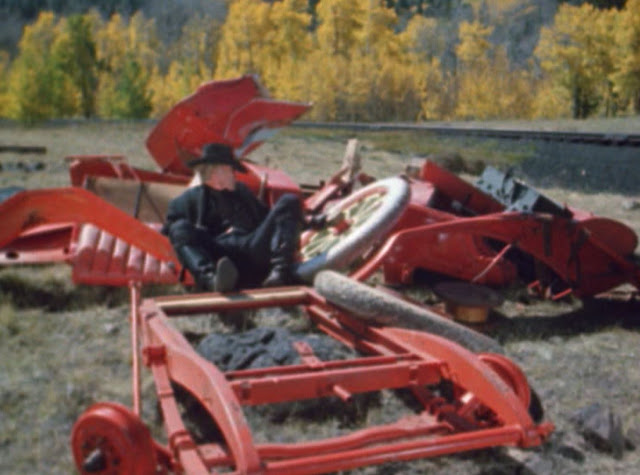 above is a shot of Geroge Kennedy in the Making Of special feature on the DVD. They had 2 cars worth of parts to make the pile of car parts look convincing 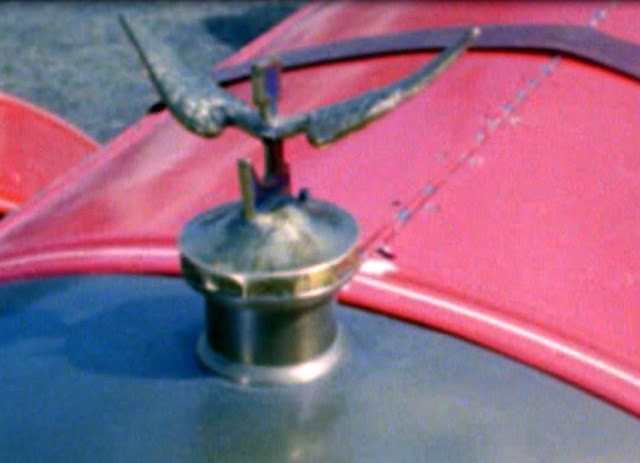 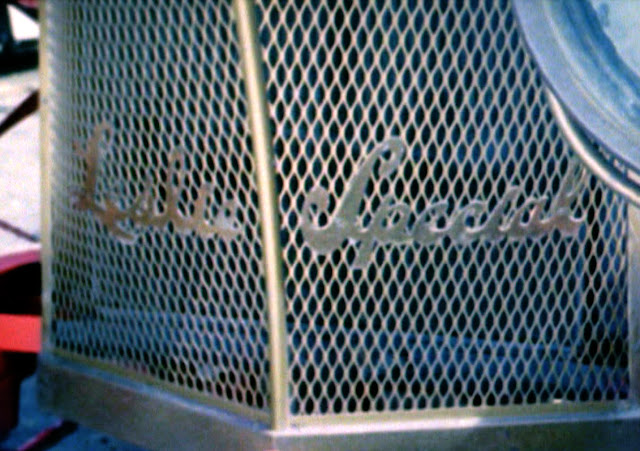 this movie is "The Good Guys and the Bad Guys" 1969 and stars Robert Mitchum and George Kennedy, and is a western comedy, though not actually funny enough to make me laugh anywhere. It's humorous, and enjoyable though. Supporting roles went to Tina Louise, you might know her as the Movie Star in Gilligans Island... and David Carradine http://www.imdb.com/title/tt0064379/?ref_=fn_al_tt_1

This movie is also a Warner Brothers movie, made in 1969. The Great Race in 1965 used the car in white with exhaust pipes coming out of the side cowls. The Ballad of Cable Hogue http://justacarguy.blogspot.com/2010/12/in-movie-great-race-you-may-have-liked.html was filmed in 1970, and had the car in green
at Wednesday, May 22, 2013