Heilmann front end for the carriage of the Grand Duke Alexis (steampunk treasure? A Grand Duke and the outrageous carriage, burning man ought to get one of these) 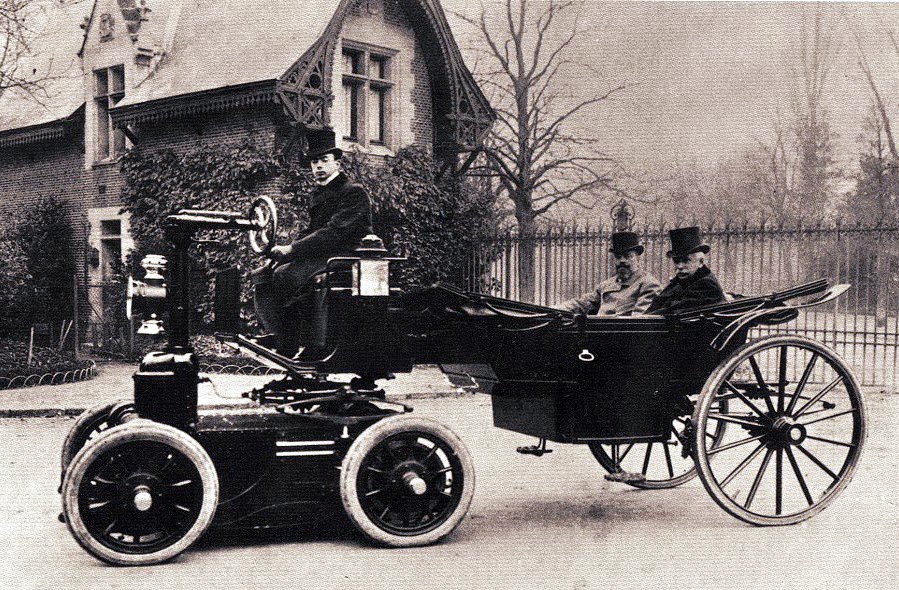 A similar vehicle in Paris in 1894

Update May 2017:
the Grand Duke Alexei is the uncle of Tsar Nicholas, This photo was taken in Paris after he was sacked as the Admiral of the Fleet in charge of the Russian Navy after its sinking by the Japanese at the battle of Tsushima 1905.
The Russians lost 7 out of 8 battleships. This was the first decisive sea battle fought by steel warships, a dying echo of a past era when ships of the line surrendered on the high seas after this the most important sea battle since Trafalgar.

The Grand Duke died in Paris after a life of “slow ships and fast women” in the arms of his mistress the French dancer La Balletta in 1908 a fact recorded in the Australian and not the European Press.

This photograph is of interest in that it is the first known electric car with the Grand Duke, far side rear, in the back.