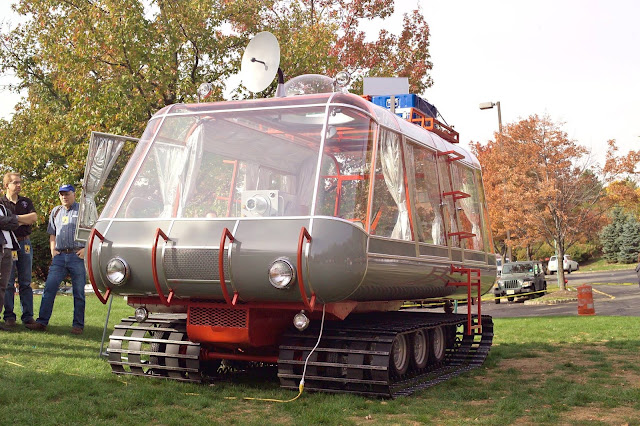 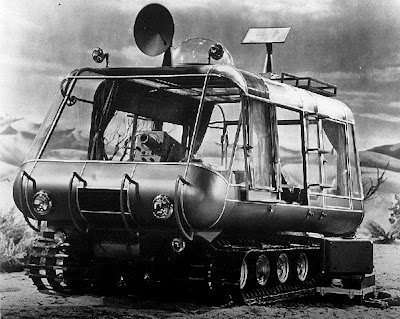 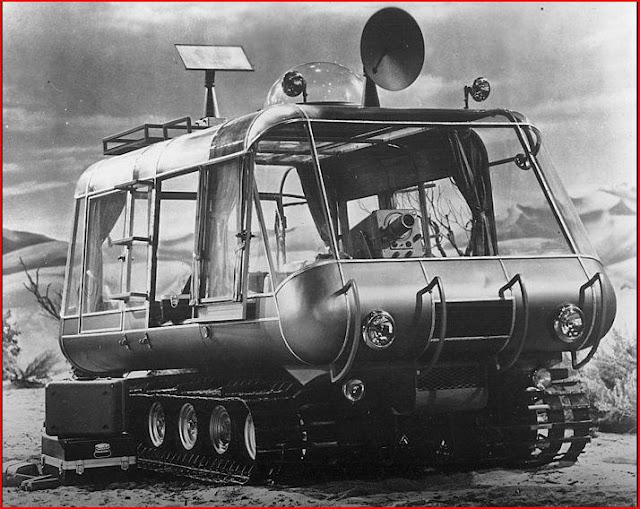 "The Chariot" was a real, full-sized, fully operational vehicle, both in real-life and in the 1960s' fictional future. It was used to transport the Robinson family, pilot Don West, the robot, and the conniving Dr. Smith to virtually anywhere on whatever planet they would happen to be crash-landed on that week.

The Chariot was filmed on both the studio soundstage and at remote outdoor locations, which gave the show one of its few points of technical credibility.


It began life as a Thiocol Snowcat Spryte, powered by a Ford 170-cubic-inch inline-6 with 101 horsepower. It had a 4-speed automatic transmission, plus reverse.


The Chariot's factory running gear was kept intact, but all of the bodywork was designed to look like what a space family of the future would drive in 1997, when the show took place.
Found on http://www.carlustblog.com/2010/01/the-chariot-from-lost-in-space.html via: http://hotvvheels.tumblr.com/

It has been recreated to exact original specs, and was at the Chiller Theatre Sci-Fi extravaganza at the Sheraton Hotel in Parsippany, NJ. this weekend (Oct 2015)
using the original 20th Century Fox blueprints and created by John Antonellis and the team at Elevator Interior Design in Boston, MA...
at Monday, January 18, 2010