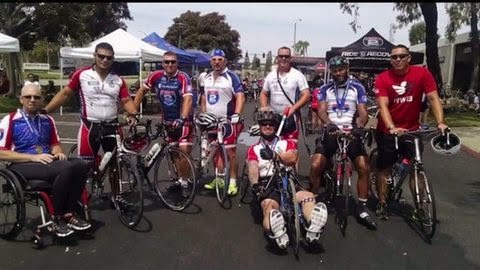 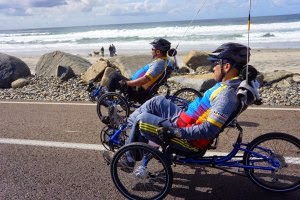 These aren't ordinary bikes, some are made specific to the needs of vets with amputated arms or legs.
the adaptive bikes are much more than just recreational. They’re therapeutic for many veterans struggling with injuries.

Sandi Lehmkuhler of the Warrior Foundation/Freedom Station says, the theft was heartbreaking. “I don't know how to express this without being really cruel, this is like stealing one of our guy's wheelchairs or their crutches."

“We saw the story on the news and of course it made us angry and sad, and the story ended,” says Joe Getty "...we care about our vets in this country so Americans immediately chipped in and bought them new bikes. And they hardly missed a ride. So that's what we tried to do. I guess the audience felt the same way because we raised the money to replace the bikes (and more) in less than an hour. I'm proud of the KFMB and Armstrong and Getty audience. They did a really good thing today.”


Curt Schilling offered a reward to anyone that finds and returns the bikes “two tickets and two seats to ANY game in the country for whoever makes this happen… with travel paid.”
http://fox5sandiego.com/2015/04/01/curt-schilling-offers-reward-to-find-wounded-veterans-stolen-bicycles/
at Wednesday, April 01, 2015