amazing notions, untested, and not well engineered, result in death and destruction.... but it had potential. 4 Sikorskys H34Js and a helium blimp, but not enough research, development, and engineering. 1986 Piaseki PA-97 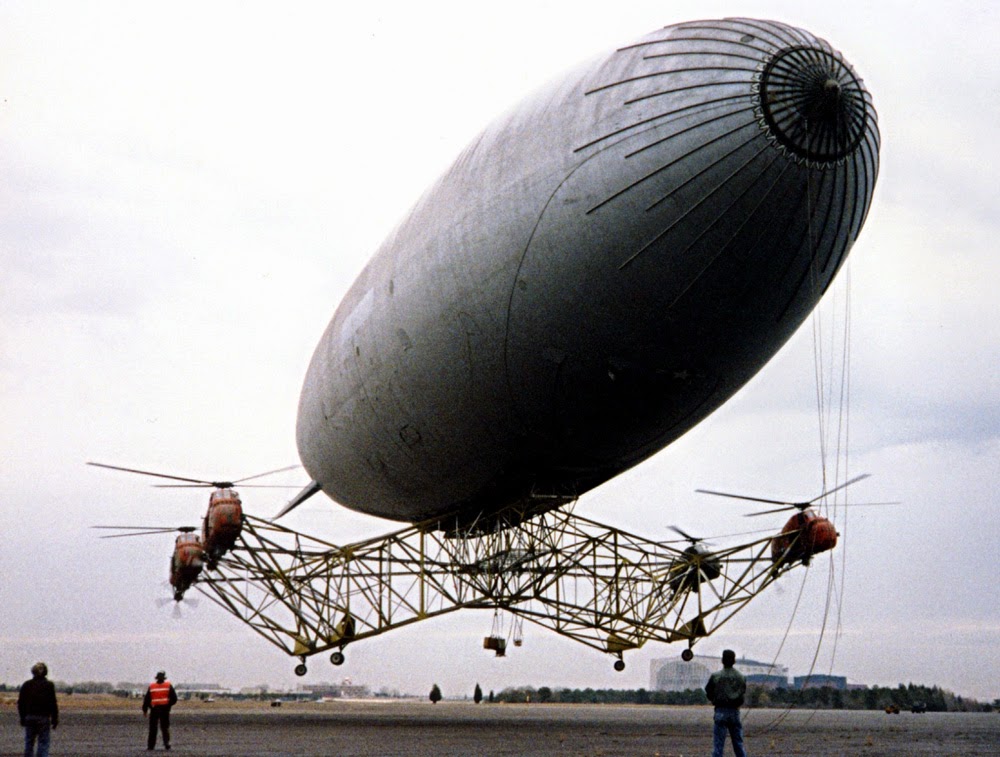 Ret Navy test pilot Mike Stock who flew the front right Sikorsky on that when it crashed said the crash could have been avoided had it had shimmy dampeners.

The thing basically vibrated apart. It was made out of irrigation piping and required 4 pilots just to taxi; it was only a matter of time before something else caused it to crash. He asked an engineering friend before he started on the project if it looked like a good idea. His engineering buddy took one glance at the blueprints and said get out while you can.

Significant hazard pay and curiosity won him over in the end. He lost his best friend and still recalls it as the only day he did not thoroughly enjoy Naval Aviation during his 30 year career. 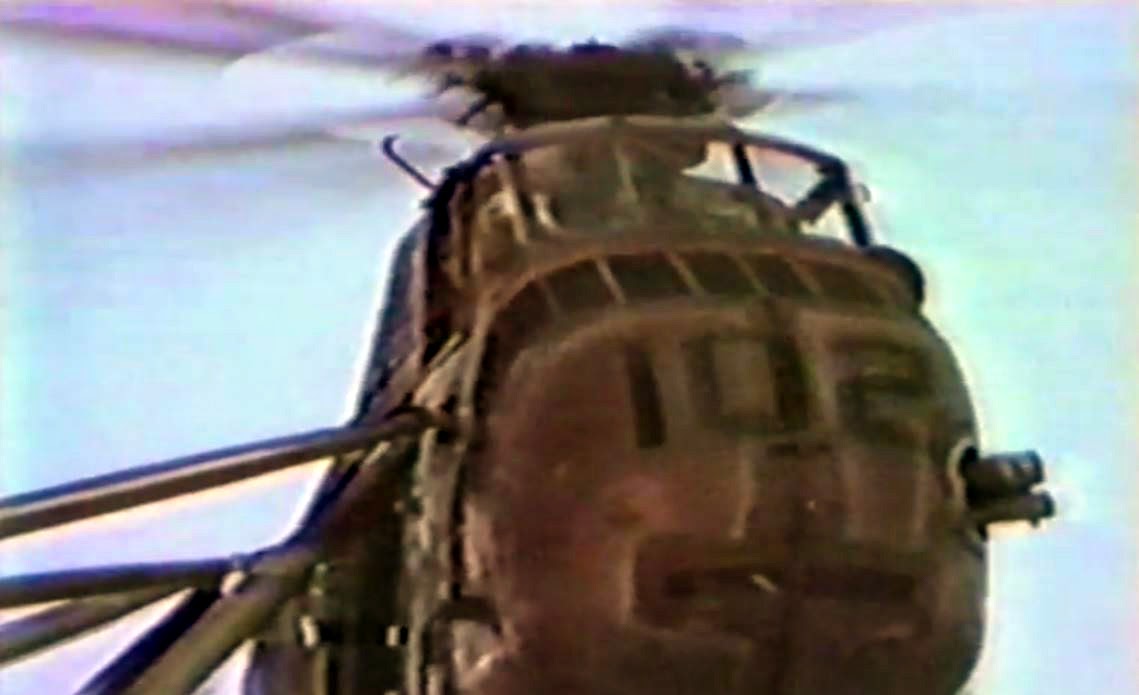 Inflating the aerostat envelope with helium to its length of 343 feet made the Heli-Stat the largest aircraft in the world (longer than the span of the Hughes flying boat).

A power loss was noted on the #3 helicopter, the test was terminated, the mooring mast called for. Prior to re-mooring a wind shift caused an uncommanded left turn which the pilot could not counteract with the flight controls. With a tailwind, no wheel brakes or ground steering a takeoff was attempted.

The 4 main landing gear which had no shimmy dampers started to shimmy. The 4 helicopters started to react to the shimmy with ground resonance. As the Helistat finally lifted off, the 4 individual helicopters broke off and fell to the ground.

One pilot was killed, 3 received serious injuries, and the Helistat was destroyed. The power loss on the #3 helicopter was traced to a missing throttle linkage correlation pin.  http://www.airwarriors.com/community/index.php?threads/top-10-worst-aircraft-ever.26869/page-6


The Helistat concept was to augment the helicopters' dynamic lift with the static lift of an air buoyancy envelope. This would give greater maximum lift capability for heavy lift work. At low weights (i.e. traveling to site without a payload) it would also free up the helicopters' rotor thrust for forward thrust, requiring less dynamic lift and lower fuel burn.

To maintain coincidence of the dynamic and static lifts (otherwise the envelope would pitch as helicopter power increased), it's impractical to use a single helicopter rotor and so multiple rotors are arranged around the center of buoyancy of the envelope.

The PA-97 was built under a 1980 U.S. Navy contract for the Forest Service to demonstrate a heavy vertical air lifter for harvesting timber from inaccessible terrain. The single demonstrator used a Navy ZPG-2W blimp and four H-34J helicopters. The combination of a large blimp with powered lift made the 343 foot long helistat the largest dynamic lift aircraft in the world.

The helicopters used were aged examples of a long-established design. Their tail rotors were removed, their fuselage shortened and they were attached to a crude tubular aluminum framework beneath the helium envelope. Four freely-castoring twin-wheel bogies beneath the framework provided the undercarriage.

A gust of wind from the rear of the aircraft induced some movement across the tarmac. The undercarriage responded badly to this, the bogies shimmying uncontrollably. Vibration in the framework then coupled with a helicopter phenomenon known as ground resonance. The vibration was sufficient to cause a structural failure as the starboard rear helicopter broke off its mounting, its rotors cutting into the envelope. The unbalanced lift then made the vibrations worse and all of the other helicopters broke free.