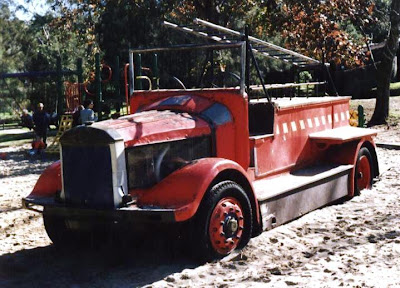 1937 Dennis Light Brigade used until 1969, now used as a playground fire engine. Well, sad to see it wasn't kept up, but I bet the kids think it's awesome! 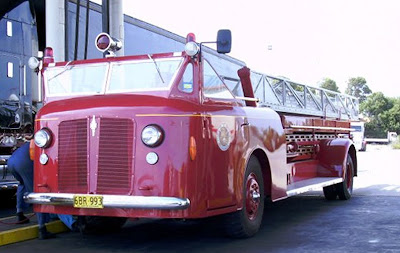 1940 American LaFrance 100' Ladder Model JOX600 Series
It was originally bound for the Singapore Fire Brigade when Pearl Harbour was bombed on 7 Dec 1941. The ship put in at Fremantle Harbour and fearing Singapore may fall to the enemy, was off-loaded and commandeered by the War Dept.
Totally restored to near new condition by the members of the Western Australia Fire Brigades Historical Museum. It still has its original compliment of ground ladders and equipment and is surprisingly quick on the road.
It can be viewed at the Old No 1 City Fire Station Museum im Murray St Perth 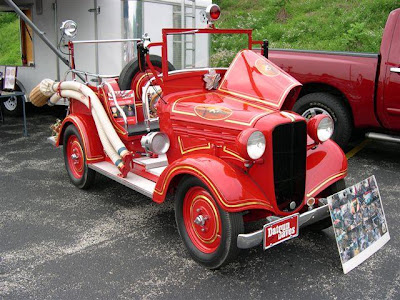 1933 Datsun originally based in Kawasaki, a suburb of Tokyo, where it stayed in service until 1960.
In 1962 it was purchased by a sailor who was based in Yokohama, during 1962 it was handed to Nihon Kikai Limited (fire engine manufacturers) where it was restored.
In 1964 it was shipped to California, when the sailor was stationed in San Francisco. In 1967 it was moved to New York, where it stayed until his retirement in 1976.
By 1987 it was moved to Pennsylvania, but it was now in need of major restoration. In 2002 this finally happened. Sold in 2005 to a private collector 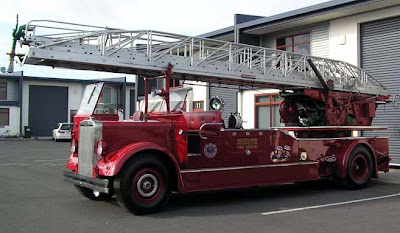 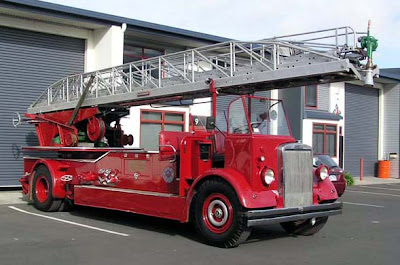 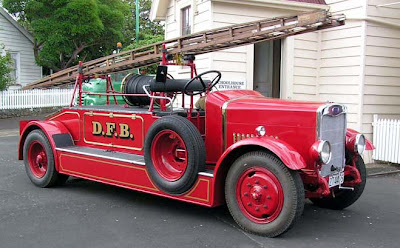