Worlds fastest car hauler. 200 mph, had the same engine as the Mercedes Benz winning race car it transporter in the 40's or 50's. 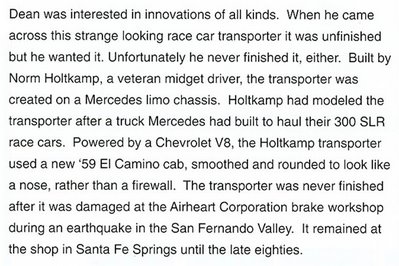 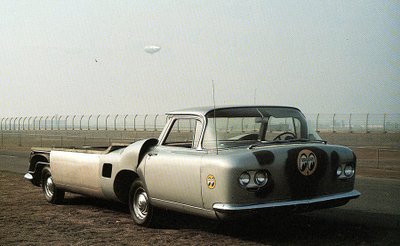 Holtkamp finished work on the Transporter in about 1961, judging from the dates of the magazine articles Hacker’s collected (Sports Car Graphic, November, 1961; Car and Driver, December, 1961; and the above-mentioned How-To Book of Hot Rods). Holtkamp also apparently planned limited production, offering Cheetah Transporters for $16,000. It appears, however, that only one was built, the one Hacker currently owns. According to Hacker, Holtkamp owned the Cheetah Transporter until 1971, when he sold it to Dean Moon. Moon owned it until his death, at which point it was sold to race car collector Jim Degnan, who in turn sold it to Hacker in 2006.